As a kid Jim Busby was inspired by watchting midget racing at Pasadena’s Rose Bowl. As soon as he was old enough, Jim Busby started racing himself too. His first steps in the race world were with hot rods and drag racing, as that was hot at the time in California< Later Jim Busby moved on into road racing and sports cars, and that’s how Jim Busby made his name.

In a Formula 5000 race, Jim Busby was severely wounded. A broken back kept him out of the race cars for almost a year.  During his recuperation Jim Busby worked with Peter Gregg at Brumos Racing.

When Peter Gregg moved to BMW for the 1976 IMSA season, Jim Busby took over the wheel of the Porsche 911 Carrera RSR. It was a very successful switch. Jim Busby won 4 races in the IMSA GT and finished 3rd in the championship.

In 1978 Jim busby debuted in the Le Mans 24H in a Porsche 935 from Kremer Racing, and finished in 6th position overall.  Together with Bill Whittington,  Jim Busby won  Mid-Ohio’s IMSA race. When Peter Gregg returned to the Brumos Racing team in 1979, they kind of switched wheels again. Peter Gregg sold his  his BMW 320i to Jim Busby with which he finished second at Road Atlanta.

Busby then co-drove John Fitzpatrick’s Porsche 935 in IMSA and the new World Sportscar Championship for drivers’ during 1981. They inherited victory in the Riverside Six Hours when Jochen Mass’s similar car retired.

His enduring association with BFGoodrich began in the 1982 Le Mans 24 Hours when his Porsche 924 Carrera GTR won the GT class using BFG’s road-specification tyres. They remained his sponsors and tyre suppliers during a 1984 season in the World and IMSA championships with a Group C2 Lola-Mazda.

Team and sponsor soon concentrated on North America and Jim Busby bought a pair of Porsche 962s for 1985. They finished first and second at Riverside with the Pete Halsmer/John Morton leading Jim Busby and Rick Knoop home. Starting 1986 in what would be his final year as a driver; Jim Busby was third at Daytona and second at Sebring.

For the next season Jim Busby concentrated on managing the team. Perhaps its finest victory came in the 1989 Daytona 24 Hours when John Andretti, Bob Wollek and Derek Bell shared its winning Miller High Life Porsche 962.

Jim Busby sold his team in 1990 after an unhappy year with a private Nissan. Racing on street-legal BFG tyres had been a brilliant marketing exercise but in the end it did hamper results. He later competed in historic Formula 1 – running a series of Cosworth-powered cars in conjunction with fine-art dealer William A.Karges.

Jim Busby himself may not admit it, but he was one of the worlds best Porsche specialists in the 1970s and 1980s. Jim Busby nowadays lives in Newport Beach, California. 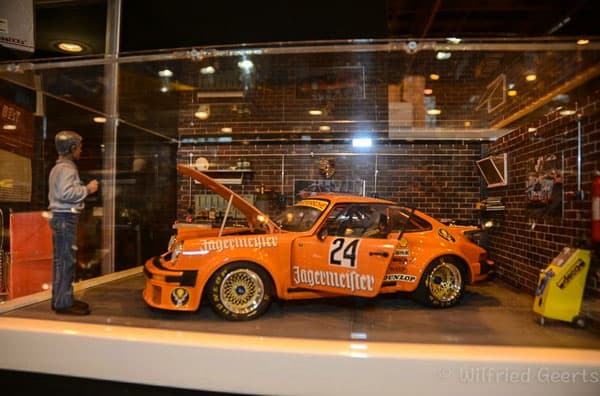