On the demanding street circuit in Monte Carlo, Nick Yelloly (Fach Auto Tech) turned the fastest lap in qualifying for the Porsche Mobil 1 Supercup. On Friday, the Englishman clocked the best time of 1:34.112 minutes, putting Yelloly on the first grid spot for round two of the international one-make cup on Sunday. “Pole position is particularly important in Monaco so I’m very happy. Compared to free practice I took a little more risk and I was rewarded,” said Yelloly. Taking up the race alongside the 27-year-old is Michael Ammermüller (D/BWT Lechner Racing), who planted his 485 hp Porsche 911 GT3 Cup on the second grid spot. The third grid spot on the legendary street circuit at the Côte d’Azur is occupied by Zaid Ashkanani (KWT/MRS GT-Racing).

The 27-strong field headed to the qualifying session on the Monte Carlo racetrack in 20-degrees Celsius and cloudy conditions. On his first set of tyres, Ammermüller posted the fourth quickest time. After all drivers switched to fresh rubber in the second half of the qualifying, Yelloly clocked the fastest lap of the day six minutes before the end of the session. Ammermüller also managed to improve on his time in the final minutes and turned the second quickest qualifying lap in 1:34.363 minutes. “Shortly before the finish I attempted another flying lap but unfortunately I couldn’t complete it because the red flag came out. Things were extremely close out there, so I’m pleased with position two,” stated Ammermüller. The qualifying was red-flagged a minute before the end of the session.

From third place, Zaid Ashkanani (KWT/MRS GT-Racing) takes up the only street circuit race on the Porsche Mobil 1 Supercup calendar. With just two minutes left, the 24-year-old from Kuwait City set the third quickest time in 1:34.475 minutes. “We had a good strategy and I encountered only a bit of traffic. I like this track and I came fourth here last year. Every race driver dreams of driving here in this special atmosphere. I’m very much looking forward to the race on Sunday,” said Ashkanani.

Successful start for Ammermüller with victory at Barcelona 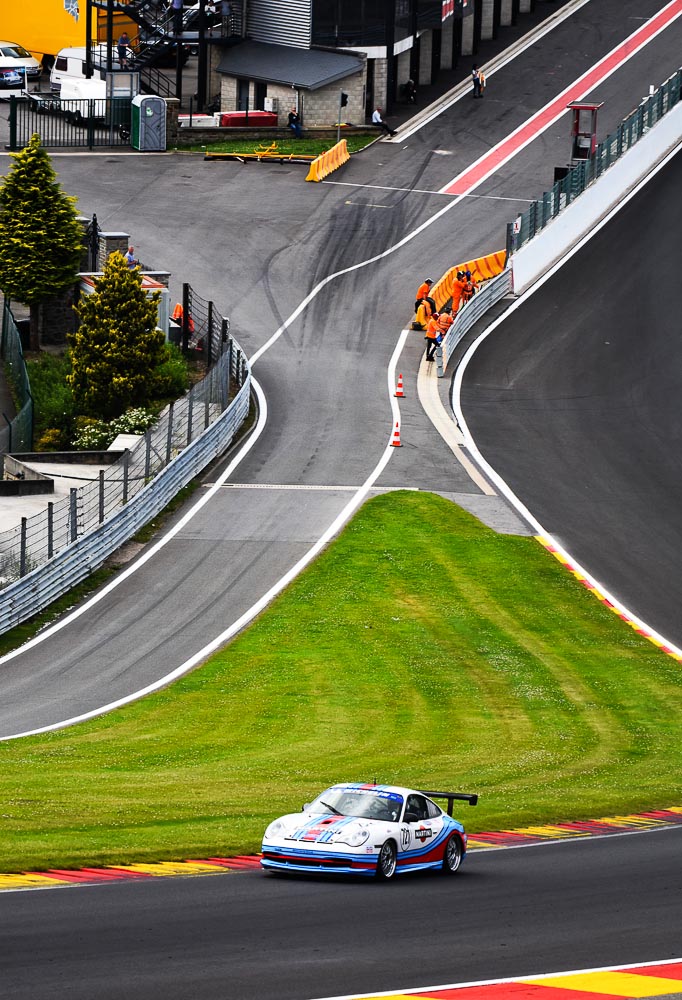