The Porsche 918 Spyder is setting new standards: Firstly, as a small se-ries super sportscar powered by two electric drive systems and a V8 sports engine to achieve a system performance of 887 bhp. And secondly with its unique production process: Porsche is pioneering a new methodology with its 4000-square-metre manufactory in which 100 selected employees assemble the vehicles by hand. The unique manufactory is located at the heart of Plant 2 in Stuttgart-Zuffenhausen, the nucleus of Porsche’s operations and the production site of the iconic 911 sports car for 50 years now. The 918 Spyder is like the 911 a big seller. Within about one year the 918 units of the Porsche 918 Spyder were sold. The plug-in-hybrid sports car will be produced till the middle of 2015.

A good four years ago, Michael Drolshagen was given the responsibility of designing and building a manufactory for the Porsche 918 Spyder as its intended Director of Production. Drolshagen began by sitting down with a few of his Porsche colleagues to consider the key question: “What features actually define a manufactory?” The responses they came up with varied widely: While for some it was “the smell of leather” or “a certain narrowness of space”, the 43-year-old industrial engineer very quickly hit upon the image of a watchmaker working in cleanroom-like conditions using a monocle and tweezers to complete his precise craft.

A new polish for the former paint shop 24 months later, the manufactory was settled in its central location at Plant 2 in Zuffenhausen. Anyone who sets foot in the former paint shop for series-production sports cars on the second floor will realize immediately that the project team has created a space that comes very close to the original idea proposed by the Spyder Director of Production.

Focused and perfectly silent, the Porsche specialists work at pioneering ergonomic workstations to create a high-end sports car. The room feels light and friendly and is dominated by coloured features in grey (floor), white (walls and ceilings) and acid green – the recurring colour that Porsche has specified for all vehicles featuring an electric hybrid drive.

Everywhere is neat and tidy. No cables spill over into the pathways between the workstations. This is also because the aim from the outset was to rely exclusively on cordless tools for the construction of plug-in-hybrid sports cars. The Bluetooth-controlled cordless screwdrivers are an example of this philosophy in action: These tools are virtually silent, they offer technicians flexibility at the workstation and they reduce the risk of damage to components. Coupling the screwdrivers with the database also ensures that the stored torque values are reliably complied with and can be documented and checked at any time.

The best of both worlds

The uncompromising approach to quality management embodied by the process of checking and documenting torque values also explains the decision to locate the Spyder production line at the Zuffenhausen plant. It goes without saying that the plant also offers an emotive connection, given its links with the origin of the 911 legend, Porsche’s racing history and the very special Porsche DNA. However, even more important was the manufactory’s ability, as a production location for a small-series supercar, to link up with the so-called series production “pearl chain”; doing so would allow the range of facilities as well as the comprehensive field testing expertise to

be utilized during the final assembly process. In addition to its infrastructure, the Zuffenhausen plant offers another crucial benefit for the 918 manufactory: the employees. Around 3,500 people work on vehicle assembly at the plant and nowhere else would it have been possible to rely on a pool of such highly qualified specialists from the development, vehicle equipment, body assembly, paint finishing, assembly and drive unit fields.

Women and men from around 14 different countries were eventually assigned the coveted spots on the Spyder 918 production line. The ages in the team range from 21 to 56 years, with professional experience of between 6 and 40 years. The members of the team all come from the 911 production line, and many of them have already worked on the production of motorsport vehicles or prototype production. With all their expertise and passion, this varied team is what will guarantee that exactly 918 units of the Porsche 918 Spyder will have left the manufactory in the best possible quality in the the middle of 2015.

Production in line with the herringbone model

The starting signal for the assembly of the first series production vehicle sounded on September 18, 2013. Before that, a team of 25 employees had already produced 25 prototypes and eight pilot vehicles. The L-shaped production line proved its worth during this introductory phase: “We have practically the entire value chain within this 4000-square-metre area”, says Michael Drolshagen. “This in itself is unique.”

The vehicles pass through 18 stations before they are driven almost silently into the elevator in pure electric mode so that they can then be put through the final tests in the test facility located two floors below.

During the production process, the Porsche production staff use the Porsche herringbone model, although the structure in use is actually more like a one-sided bone for this purpose. Nevertheless, this principle offers the shortest paths between each point in the chain. In the case of the Spyder manufactory, this means that the pre-assembly area is positioned to the left of the main line and the corresponding parts are taken from there directly

to the main line. The pre-assembly stations themselves are supplied from outside the manufactory via a conveyor system, which, in turn, is supplied with the appropriate parts from a separate store located one floor below.

Quality assurance is the top priority Around 100 hours of production time – including detailed quality control procedures – go into the entire process of getting a Porsche 918 Spyder through the 18 assembly stations in the manufactory and into the elevator so that it can be taken down to the testing facility. These continuous tests ensure that, at the end of the process, the customer receives an exceptional vehicle in every respect.

New methods and patent applications in the pipeline

With the Porsche 918 Spyder, the sports car manufacturer from Zuffenhausen is not just making its mark when it comes to quality, materials and technology – the company is also setting a pioneering example within the manufacturing process. For Michael Drolshagen, the number of patent applications pending for assembly tools or devices for quality assurance proves “that our definition of innovation goes well beyond the vehicle itself.”

It is difficult to pinpoint individual “stand-out stations”, but the assembly of the monocoque, the engines, the leather finish and the assembly of the body shell all fall into four production stages that underline the manufactory philosophy particularly effectively.

The monocoque as the starting point The fact that the construction of every Porsche 918 Spyder starts with the two-seater monocoque is a special feature in itself. And the battery operated elevating trucks designed especially for this stage of the process are just as interesting: The elevating trucks allow the technician to raise and lower the component, as well as rotate it horizontally and vertically, making the technicians work much easier, particularly when it comes to routing the wiring harnesses.

The activities that take place on the engine line are also rather unusual. Based on the philosophy of “one technician, one engine”, the units, constructed in line with lightweight technology principles, develop each one of their contours as they pass through the eight stations. The work takes 20 hours to complete, and by the end the 140-kg engines are the work of a single employee. Following this approach, in line with the Porsche philosophy, each employee has his or her own “baby” to look after, and, in turn, guarantees absolute precision.

High standards for specific skills Absolute precision is the key on the production line – the tasks completed by the production staff are all designed to highlight the extremely high standards applied to their work. After all, this is the only way to fulfill the equally discerning expectations of Porsche customers.

In order to give 918 Spyder buyers pure joy, it was of course necessary to give the manufactory its own leather finishing department. Those who have seen with their own eyes how the vehicle interior specialists stitch the leather around the sun visor in forty minutes with a steady hand in 200 precise stitches and finally secure their work with a cross-over seam will definitely understand the level of quality required for a sports car to labeled “hand-made in Germany”.

Numerous standards have found their way into the production process to ensure that the best possible result is achieved every time, regardless of the technician involved. These standards can relate to anything from standardized load carriers through to plug-and-play-principles, all of which ensure that components are installed in a uniform manner with clearances that are precise to the millimetre. The results of the standardized approach become especially evident when the side sections and door sills are fitted, as the tongue and groove principle allows absolutely identical joints to be replicated at all times.

Small and large-scale production at the highest level

There is no doubt about it: The Porsche 918 Spyder manufactory has more than done justice to Michael Drolshagen’s original ideas. The thing that has delighted Drolshagen the most about the whole set-up has been the ability to develop a specific concept for the production of a super sportscar simply from discussing the word “manufactory” and then transforming this concept into a reality with the help of his team.

The experiment has been a success. In Zuffenhausen, the sports car manufacturer is providing clear evidence that the production of small-series and large-series vehicles is possible “in close proximity and at the very highest level”. This knowledge offers new prospects not just for those involved in the project, but also the company as a whole.

Industrial engineer Michael Drolshagen has worked at Dr. Ing. h. c. F. Porsche AG since 2000. Drolshagen was appointed Director of Production at the Porsche 918 Spyder manufactory in 2011 and was entrusted with designing and building the manufactory. Since this time, he has been overseeing planning, quality, logistics and assembly at the manufactory. Before being appointed to his current role, Drolshagen was involved in the pre-production phase for series production for four years. In this role he was responsible for all prototypes and was responsible for the technology luxury vehicles. The 43-year-old began his Porsche career at the development centre in Weissach. From there he moved to the Technical Competence Center for After Sales in Zuffenhausen in 2004.

The Porsche 918 Spyder is being built until the middle of 2015 in a strictly limited series of 918 units. The Chief Project Leader is Dr. Frank Walliser (44). Over 250 suppliers play a significant role in the success of the project. One such supplier is Mubea Carbo Tech GmbH based in Salzburg (Austria), which supplies the carbon fibre reinforced plastic (CFRP) monocoque made using resin transfer moulding (RTM) technology. This product places considerable demands on component geometry and manufacturing tolerances. Other key innovation partners include: 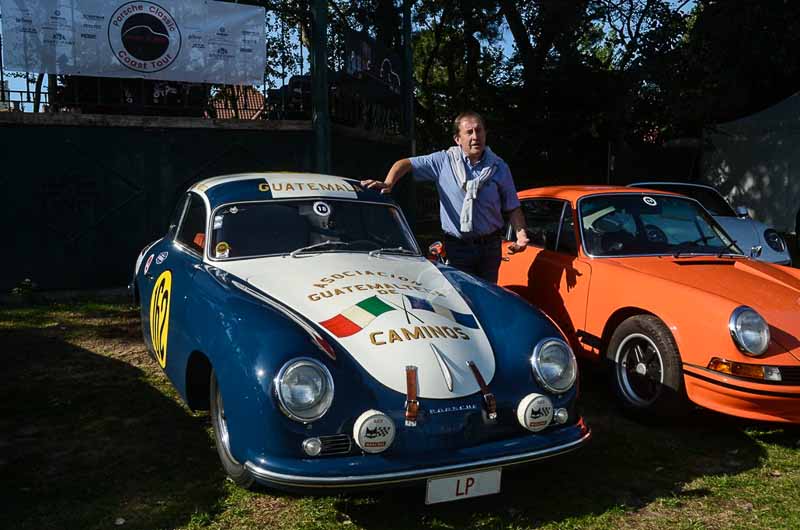