Only the ninth and final race on the Hockenheimring will bring the decision for the title of the Porsche Carrera Cup Deutschland this coming weekend. After eight championship rounds, each with up to 40 drivers on the grid, two Porsche specialists have pulled away from the rest of the field and now are now locked in a fight for championship honours. Richard Westbrook from Great Britain leads the series by just one point over Uwe Alzen (Germany).

Three weeks ago in Barcelona Westbrook secured his fifth win to snatch the series’ lead from Alzen. The 32-year-old professional from London is arguably one of the world’s best pilots at the wheel of the 400 hp, ca. 280 kph Porsche 911 GT3 Cup. In 2007 he won the PorscheMobil1 Supercup title for the second time in a row. In 2004 Westbrook celebrated his overall victory of the Carrera Cup Great Britain. In 2003 and 2005 he had claimed vice-championship honours.

Uwe Alzen has climbed the podium five times so far in 2007 with three second and two third placings. The Porsche crack’s list of successes is long: Champion of the1992 Carrera Cup, overall winner of the 1994 Porsche Supercup, champion of the ADAC GT Cup with Porsche in 1995, Le Mans class victory in 1999 at the wheel of a 911 GT3 R, DTM vice-champion of 2001, vice-champion of the Carrera Cup and Supercup in 2006.Whilst from the rivals only Frenchman Nicolas Armindo has a chance to claim the vice-championship title, other top drivers are determined to secure the prestigious victory at the final round of the 18th Porsche Carrera Cup Deutschland season in front of a huge home crowd. Chris Mamerow (Germany) won in Zandvoort (Netherlands) and led the points until his retirement at the N?ring. Jan Seyffarth (Germany) narrowly missed out on a podium result with two fourth positions, and Christian Menzel (Germany) is keen to add another victory to his success on the Norisring.

The final round of the Porsche Carrera Cup Deutschland takes off on Sunday, 14th October at 10.40 am and runs over a race distance of 18 laps (82.332 kilometres).

Victory and points lead for Westbrook – title decision at final 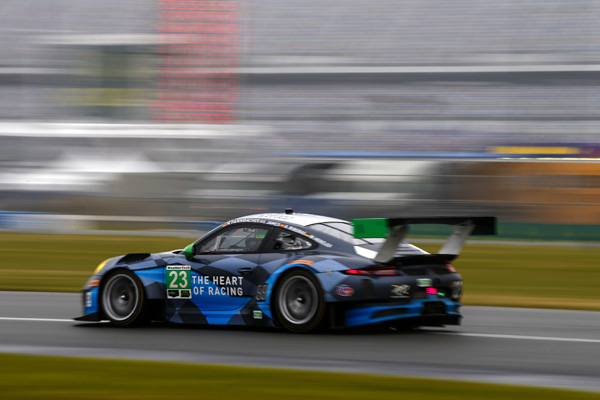