A small selection of what comes up for sale in the Automobilia Ladenburg auction.

I guess we don’t need to introduce the Automobilia Ladenburg auction to you. And those that don’t know the auction, are probably not interested in collecting automobilia. Those that want to attend the auction in person, can do that at the Mercedez-Benz Museum in Ladenburg (Baden-Würtenberg). As usual however, you can place your bids online or by telephone too.  We suggest to go to the auctioneers website to find the online catalogue, and the instructions to bid. We have taken a look at the catalogue. Once again, Porsche collectors can indulge themselves with dozens and dozens of interesting items.

The AAW racing team, owned by billionaire Anti Ilmari Aarnio-Wihuri, was a Finnish racing team that even made into F1. In the 1960 and 1970s they competed in sportscar racing with a budget big enough to even bring one of the best racing cars available to the track : the Porsche 917.  Leo Kinnunen is probably the best known driver that raced for the AAW Racing Team.  Automobilia Ladenburg auctions 3 different lots of original paperwork related to cars that once belonged to the AAW Racing Team.

Lot 1374 has invoices for the Porsche 917-021 (917-015), better known as the “psychedelic Porsche”. After a crash in the 1971 Le Mans 24H, it had to be rebuilt with spare frame 917-012 for the race at the Norisring. The reconstructed car now resides in the collection of Belgian Vincent Gaye.  Lot 1376 has some original documents, including invoices of the Porsche Racing Department about the Porsche 917-01021 (917-015) that was reconstructed to a Spyder by the Porsche racing devision especially for the team AAW. The 3rd and last lot of original AAW racing team paperwork is lot 1377. It contains 56 original document and 6 invoices by the Porsche Racing Division to the AAW Racing Team for Porsche 917/10-004 Can-Am Spyder.

With a starting price of €15.000, prices are steep. But for the owners of the cars, these documents are invaluable. They not only proof the history of the car, they add tens of thousands of Euros to the value of the cars too.

It is impossible to give a highlight among the dozens of original Porsche factory literature that will come up for auction at the Automobilia Ladenburg sale. You can find some lots with complete years of the Porsche Christophorus magazines, including the original files to store them in.  Furthermore there are some pretty rare manuals and spare-parts catalogs. The 1959 Porsche 356 Convertible D is a pretty rare bird, and a great piece of literature for the owners of such a car. For some of the factory manuals, you’ll have to dig deep in your wallet. But that will add a great item to your collection, or complete the documentation of your car, which  definitely is more important than the bucks you spent on it.

As usual Automobilia Ladenburg has an amazing number of lots of books. Some books will be sold individually, some of them are in lots.  We can only advise to go through every single lot to find out whether the book you want is in such a lot. Often you can find some great books for little money in such lots. Among the books that are sold individually, this must be one of the very few auctions I have seen without a Liebe zu Ihm, the most wanted book among Porsche collectors. The rare bird among the books may well be ‘The Last Eleven”, the book by Phil Carney and Jacques Mertens about the Porsche 356 Gmund SL. The book is long out of print, with no indiciation there will come another print run. We have seen the book fetching prices as much as 400Euro.

No better way to decorate the garage of your classic Porsche, than with a period enamel sign or Porsche banner. But you know as well as I do, that you won’t find one easy. The very lucky ones can find one at a local flea-market, but I guess the odds to win the jackpot in Vegas are higher. Every once and a while you see a sign popup at a classic car show, but even that is not very usual. You might find stuff like this at the annual LA Lit and Toy Show.  Now you have the opportunity to acquire some great enamel Porsche signs. But again, these things are rare and hard to find. And that reflects in the prices these items use to catch.

Porsche factory posters often are true pieces of art. Many of them were designed by renowned artists like Erich Strenger. It would surprise me if you wouldn’t find a poster mong the hunde of posters ever printed by the Porsche factory that pleases you. Many of the posters remember important victories. One of the most wanted factory posters is the Steve McQueen poster, and this one will be auctioned at the Automobilia Ladenburg sale too. Collectors of memorabilia have a choice of a few Porsche Zurs Ski-treffen grill badges.

Recently very few car shows have taken place. Finding the part you need to complete your restoration became far more difficult because of that. But luckily you can find lots of parts online too. And Automobilia Ladenburg has quite some of them in the catalogue too. Not all of them might be useful for you. At least, we don’t know that much people that need a tacho for a Porsche 356 Gmünd or parts for a Porsche 917. So we’re curious whether some of these ultra-rare parts will find a new owner. But in case you are looking for stuff like this, you better check out the catalogue of Automobilia Ladenburg. It might be the chance of your lifetime.

Support Love for Porsche and book your hotel in Ladenburg 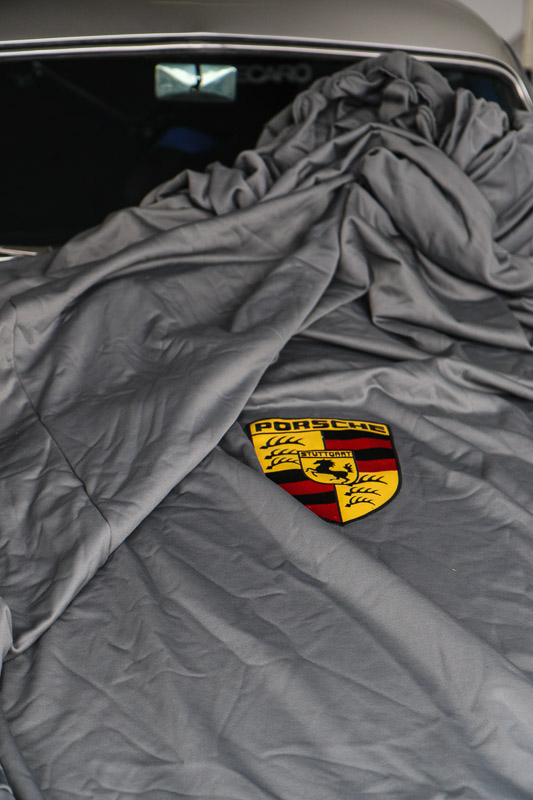