The Spa Classic was just in it’s 3rd edition but nevertheless the 3 day event stands like a rock. 9 classic car grids raced the belgian track continuously from early morning till late at night. On the occasion of the 50th anniversary of the Porsche 911, there was a special grid which brought about 50 classic Porsche 911s on the track. Can you imagine a better tribute to a true sportscar than that?

A premiere for the Spa Classic was the Bonhams auction. This well known British auction house succeeded in bringing some great cars on the market, which ofcourse attracted international attention, and brought a vivid atmosphere and ambiente. Hightlights of the auction were a Lamborghini Miura P400 with a hammer price of €575 000 and a Ferrari 275 GTB Berlinetta of 1964 for €902 750. For the Porsche enthusiasts there was a truly unique collector car auctioned. A a1974 Porsche 911 Carrera RS 3.0-Litre Coupé reached €437 00. Useless to say both auction house and sellers were delighted with the auction results.

It was announced that Vincent Gaye would bring his Porsche 917-021 to the track to compete in the Classic Endurance Racing. I was told the car had gearbox troubles, which forced Gaye to move to the Trofeo Nastro Rosse in his Ferrari 275 GTB/C. In this same race 2 very rare Porsche Carrera Abarths were entered. It’s always so much fun to see how these super rare Carrera Abarths are being used what they were made for. A life on the fast lane.

The Group C race is probably the race most appreciated by the majority of the visitors. Many have seen the powerfull Group C racers live on the track while watching the Le Mans 24hours back in the eighties and early nineties. The Group C racers are without any doubt the fastest and most powerfull cars on the track during the weekend. Local racers Stephane Verbeeck and Herve Regout finisched 3rd in their Porsche 962.

The CER2 had to cope with rain during the race. One of the most eye catching competitors was Jürgen Barth, the ex Porsche factory racer who started in 16th position and drove his car to leading position to finally end the race first with a minute advance over the rest of the grid. There’s only 1 word for this : Impressive. Good to know is that Barth drove a car of the Willi Kauhsen Racing Team and as you all know Willi Kauhsen is an ex Formula 1 pilot who intensively raced Porsches too. The CER is definitely a race that makes Porsche enthusiasts happy. The sound and sight of several Porsches 935, Barth in the Kauhsen Porsche 934/5, a truly magnificent Porsche 908/4 is just splendid.

In the Sixties Endurance race 2 Porsches 904 on the starting grid, next to several Porsches 911. And then ofcourse you had the Jubilee Race, as a celebration to 50 years Porsche 911. From the more common but nonetheless marvelous 1965 Porsches 911, over the amazing 2.5 liter Porsches 911ST to the true racers like the 1974 3.0 liter Porsches 911 RSRs. Spectacular it was, and probably the best anniversary party one can give to a car which has race blood in its veins.

The Automobile village in the paddocks was a market place for anything vintage and race related. Lovely watches, rare vintage books, clothes, .. you could find it.

Despite the cold and rain, over 13000 visitors found their way to the belgian ardennes to be part of a event which became heroic in just a few years. This makes we desire for the next edition. 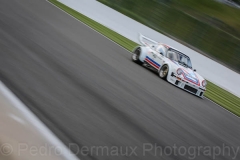 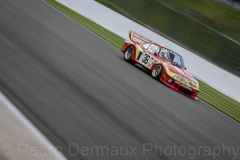 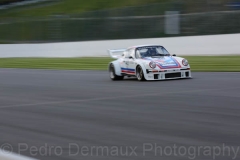 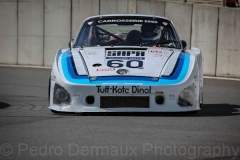 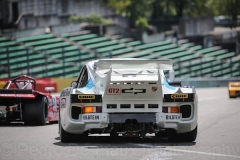 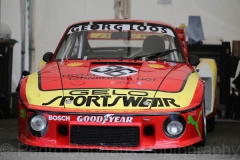 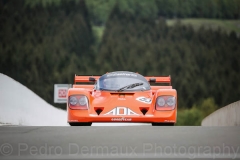 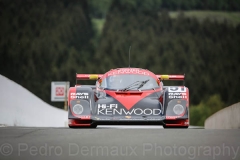 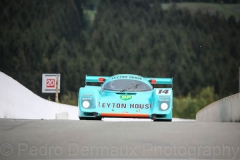 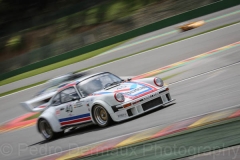 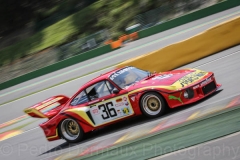 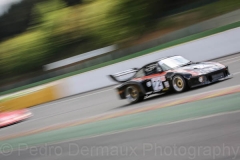 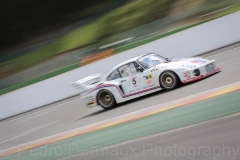 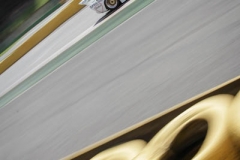 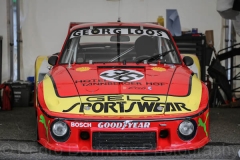 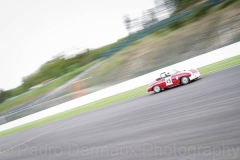 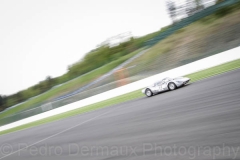 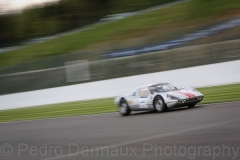 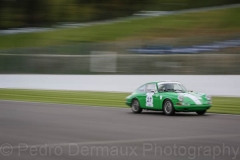 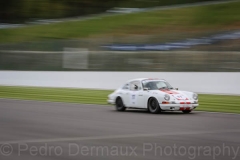 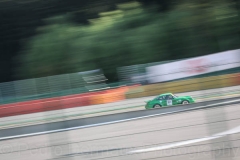 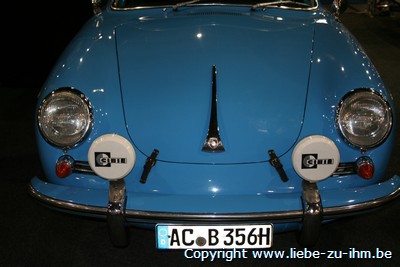