Successor to the Porsche 909 Bergspyder…

Years ago, a Porsche development team designed the prototype of a new edition of the legendary Bergspyder. The study, based on the 981 Boxster generation, did not pass the feasibility test in the end.

Porsche engineers constantly use prototypes to test the lightweight construction potential of the current generations of sports cars. A car especially predestined for this treatment was the Boxster, an open-top two-seater and the lightweight model among the series production vehicles from Zuffenhausen.

Commisioned by the Executive Board

In 2015, the Executive Board commissioned a project group from Weissach to build a sports car based on the 981, that was to be as light and minimalist as possible. The prototype was to have an even more radical and uncompromising design than the brand new Boxster Spyder in order to achieve an exceptional power-to-weight ratio with associated superior driving dynamics. The legendary Porsche 909 Bergspyder, with its ready-to-drive weight of 384 kg — the lightest racing car ever used by Porsche — was built with similar specifications almost 50 years before. For the engineers, the name for the project was obvious: 981 Bergspyder.  Deciding on the choice of colour was also quick: white with green touches.

Porsche 981 Boxster served as a basis

Based on a 981 Boxster, the result was a single-seater sports car without a top, door handles or windscreen. As with the Porsche hillclimb racing cars from the late 1960s, there was only a flat, transparent wind deflector which extended around the driver and ended at the doors. The team of engineers and designers created a cover to extend from the windscreen to the engine compartment. This tarpaulin paid homage to the 1954 Porsche 356 Speedster.

It was made initially of imitation leather, with a carbon fibre component planned for the next developmental stage, which was also the material for both rear and front lids. The dashboard underwent a complete redesign, fitted with elements from the Porsche 918 Spyder and assembled in the style of the super sports car. The seat also originated from the 918 technology platform. The passenger door could be opened, with another luggage compartment concealed behind it to provide space for a helmet shelf, a removable cover for the driver’s seat and additional luggage.

After undergoing lightweight design treatment including minimal insulation material and weight-optimised components, the ready-to-drive 981 Bergspyder weighed 1,099 kg. Powered by the 3.8-litre 289 kW (393 PS) boxer engine from the Porsche Cayman GT4, the Bergspyder had a power-to-weight ratio of almost 2.8 kg per PS. Acceleration figures of just over four seconds from zero to 100 km/h and a Nürburgring time of around 7:30 minutes were close to becoming reality.

A major question mark remained as to whether the car would be eligible for registration in some countries, which would have an impact on potential sales. As a result, the project was not pursued.  So the prototype remained a one-off. The ready-to-drive sports car project was on display for two years at the development centre in Weissach. Later the car  transferred finallyt to the Porsche Museum. The 981 Bergspyder will be shown to the public for the first time during the 2019 edition of the Gaisberg hillclimb race. 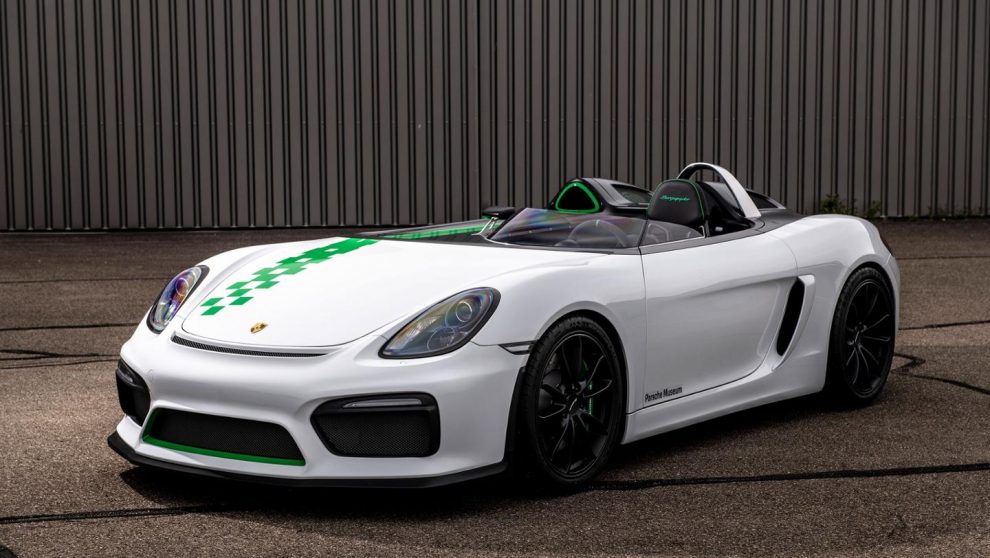 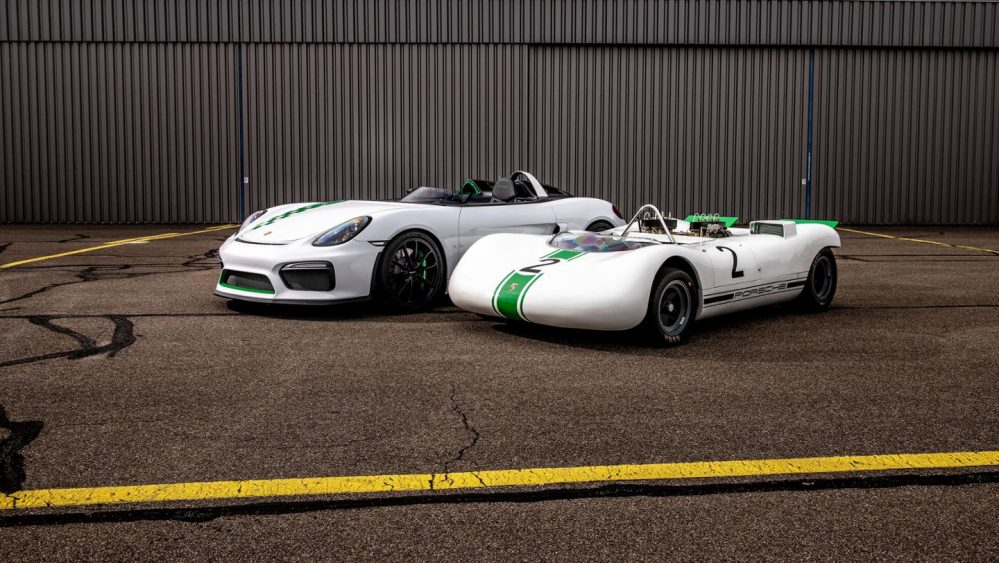 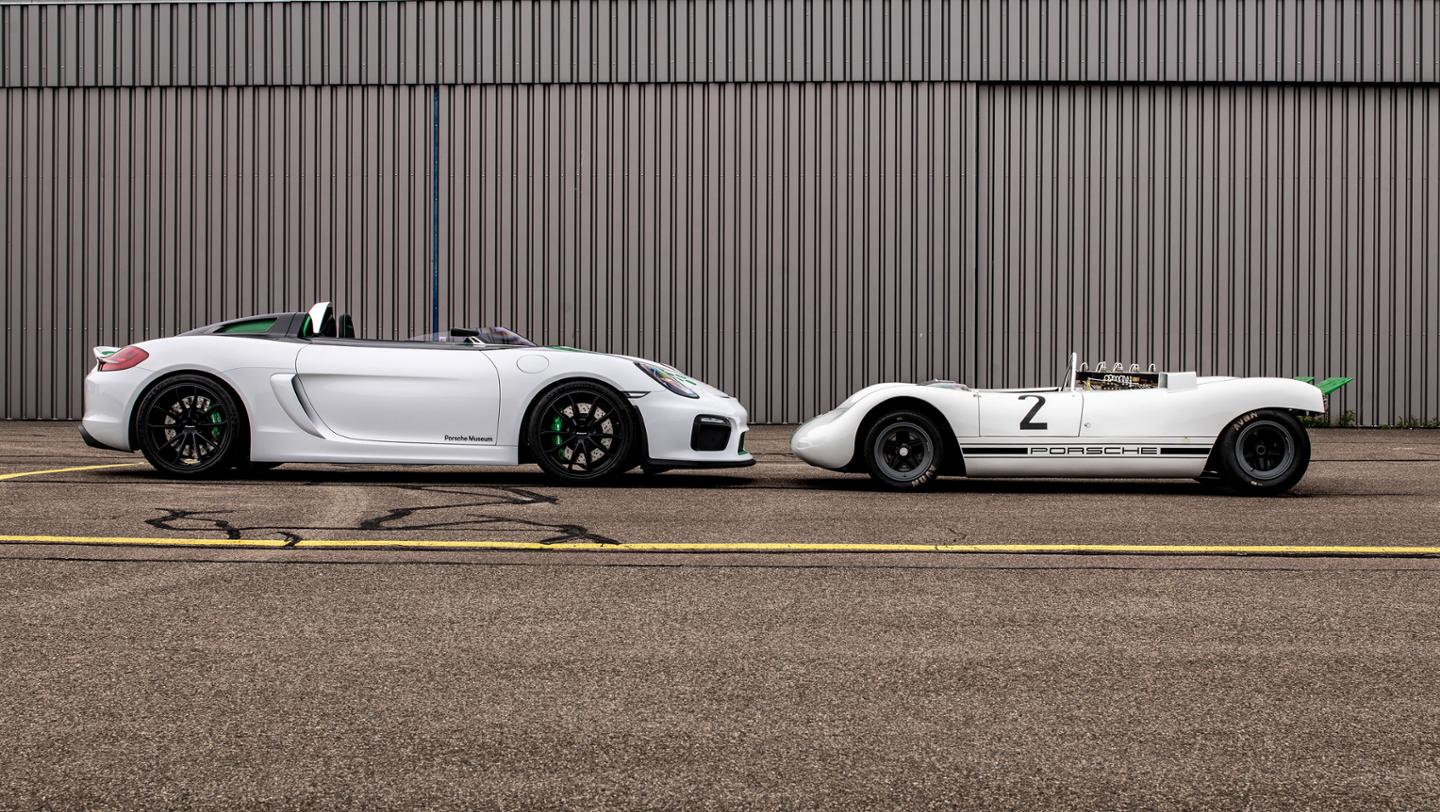 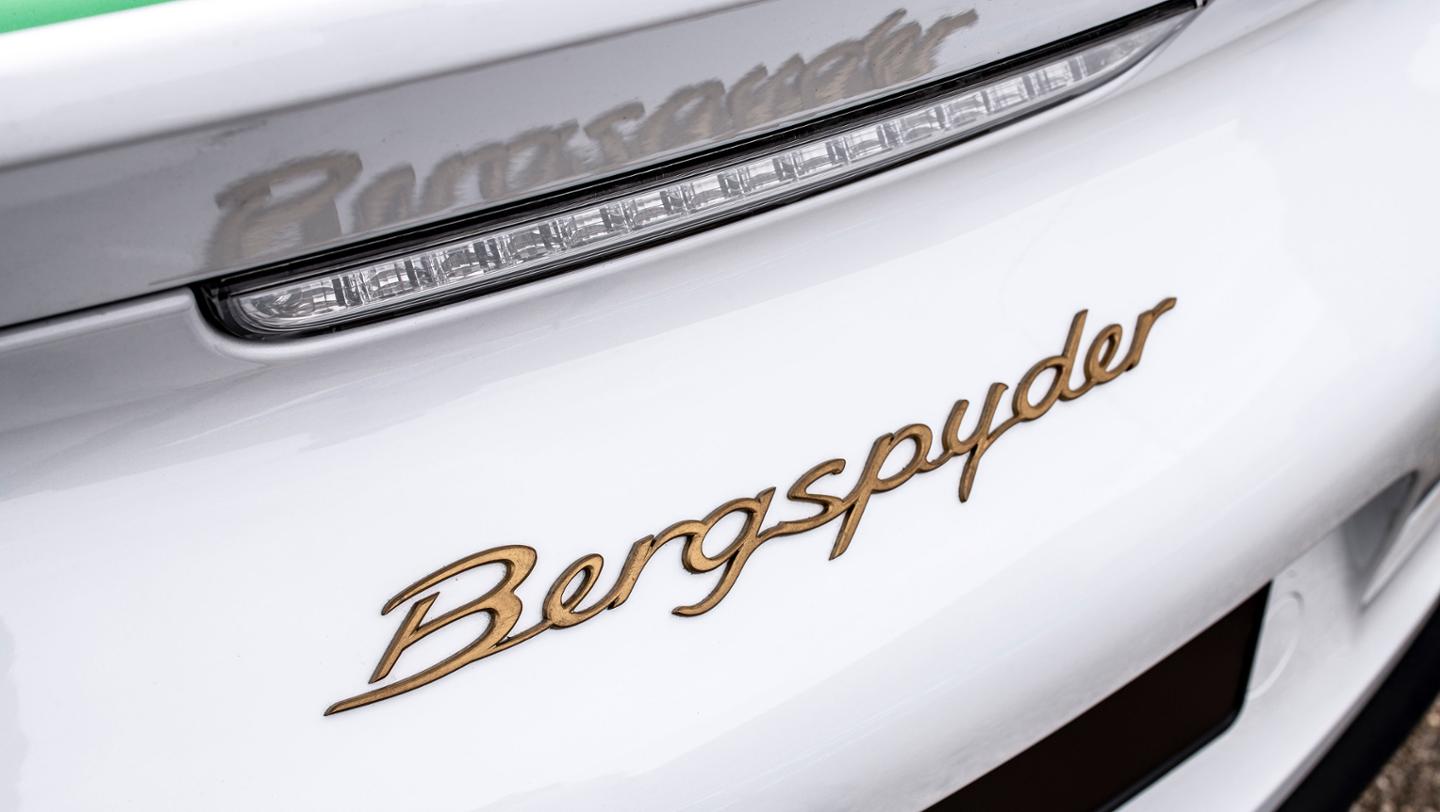 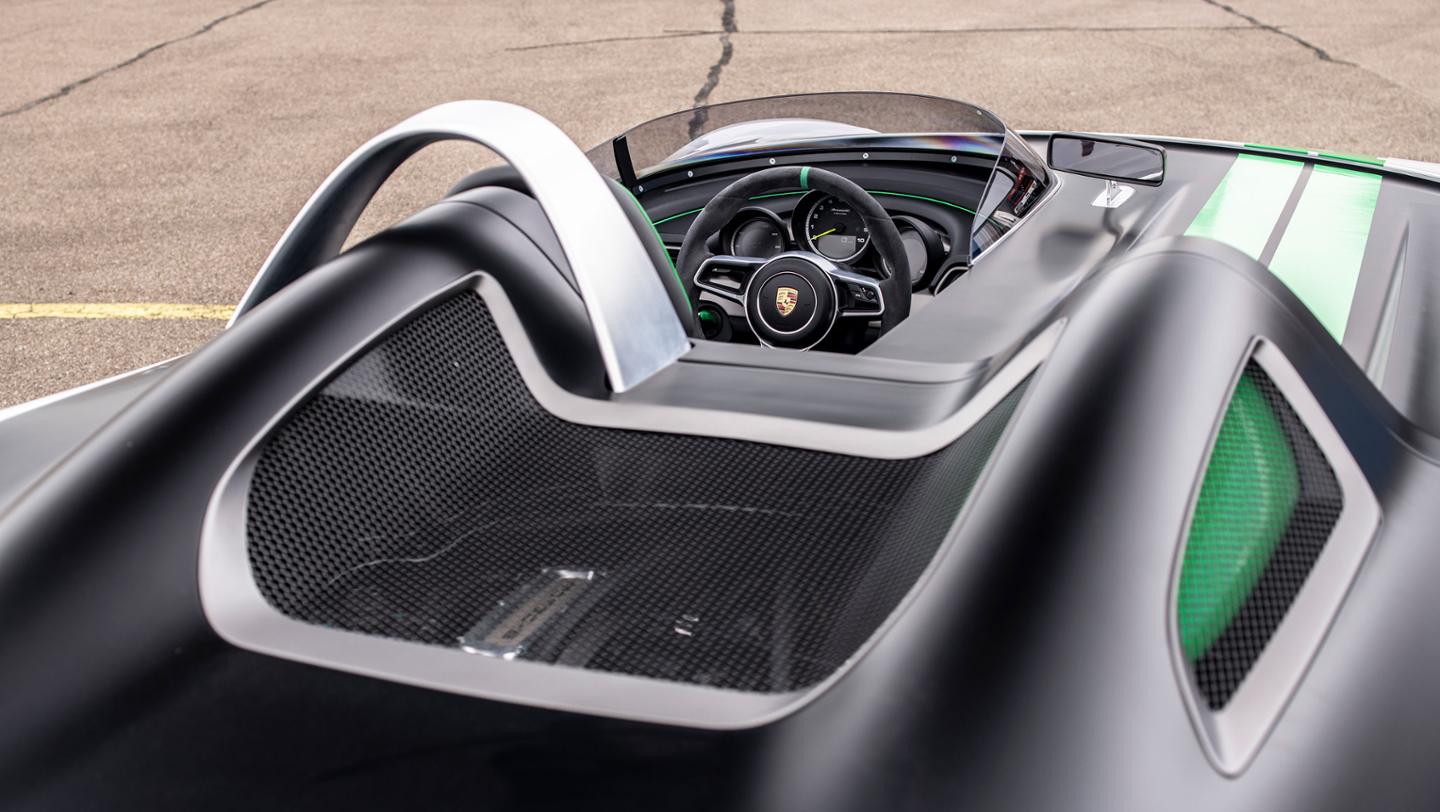 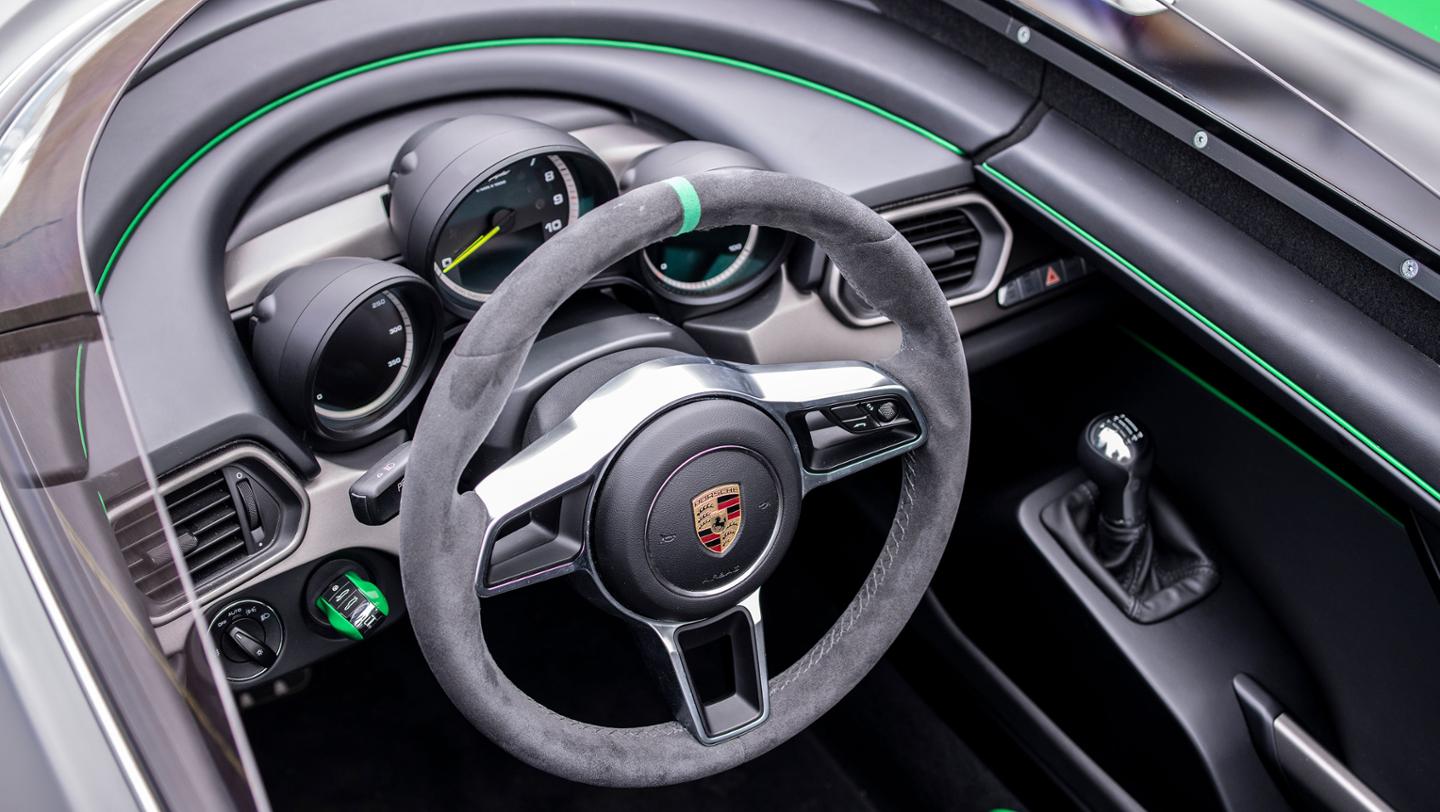 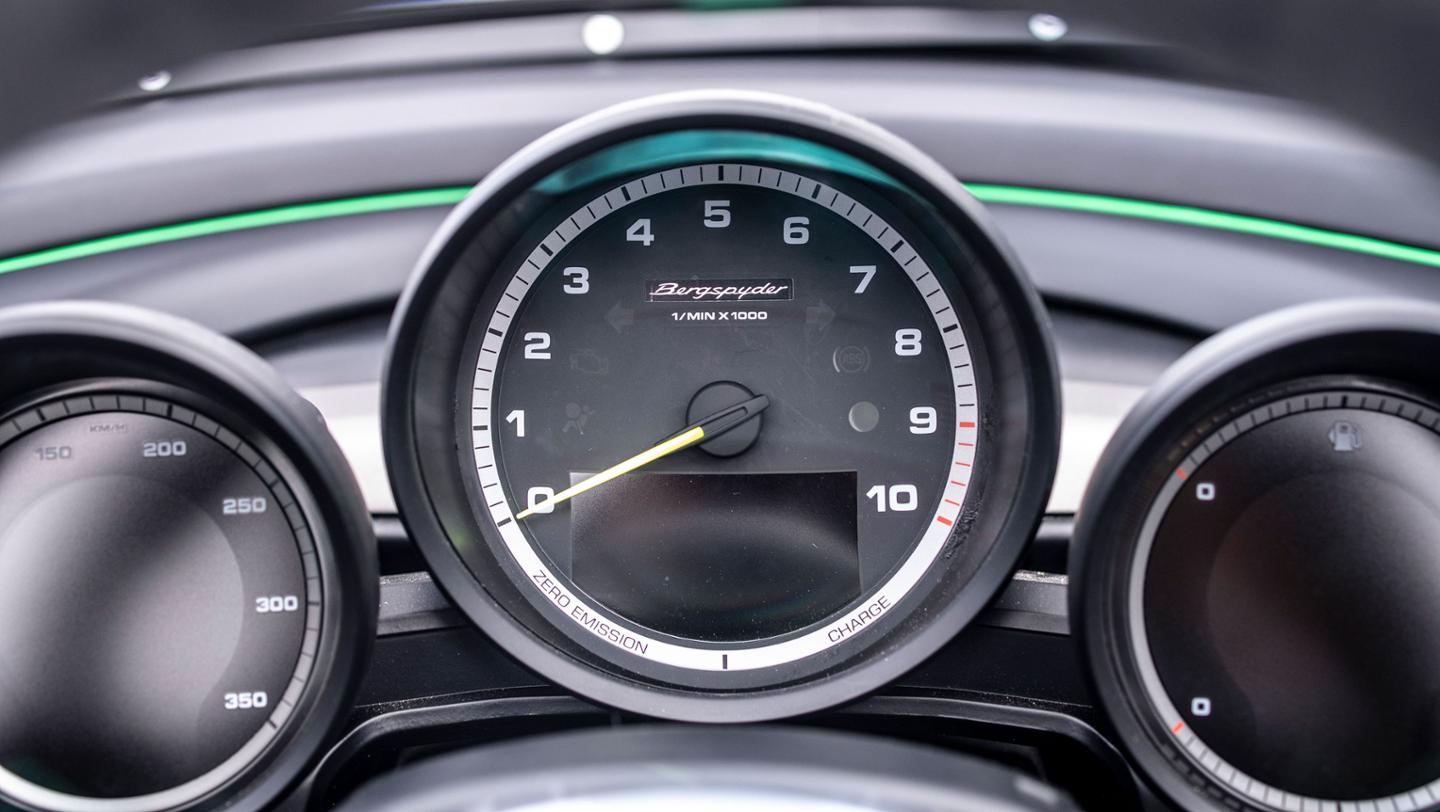 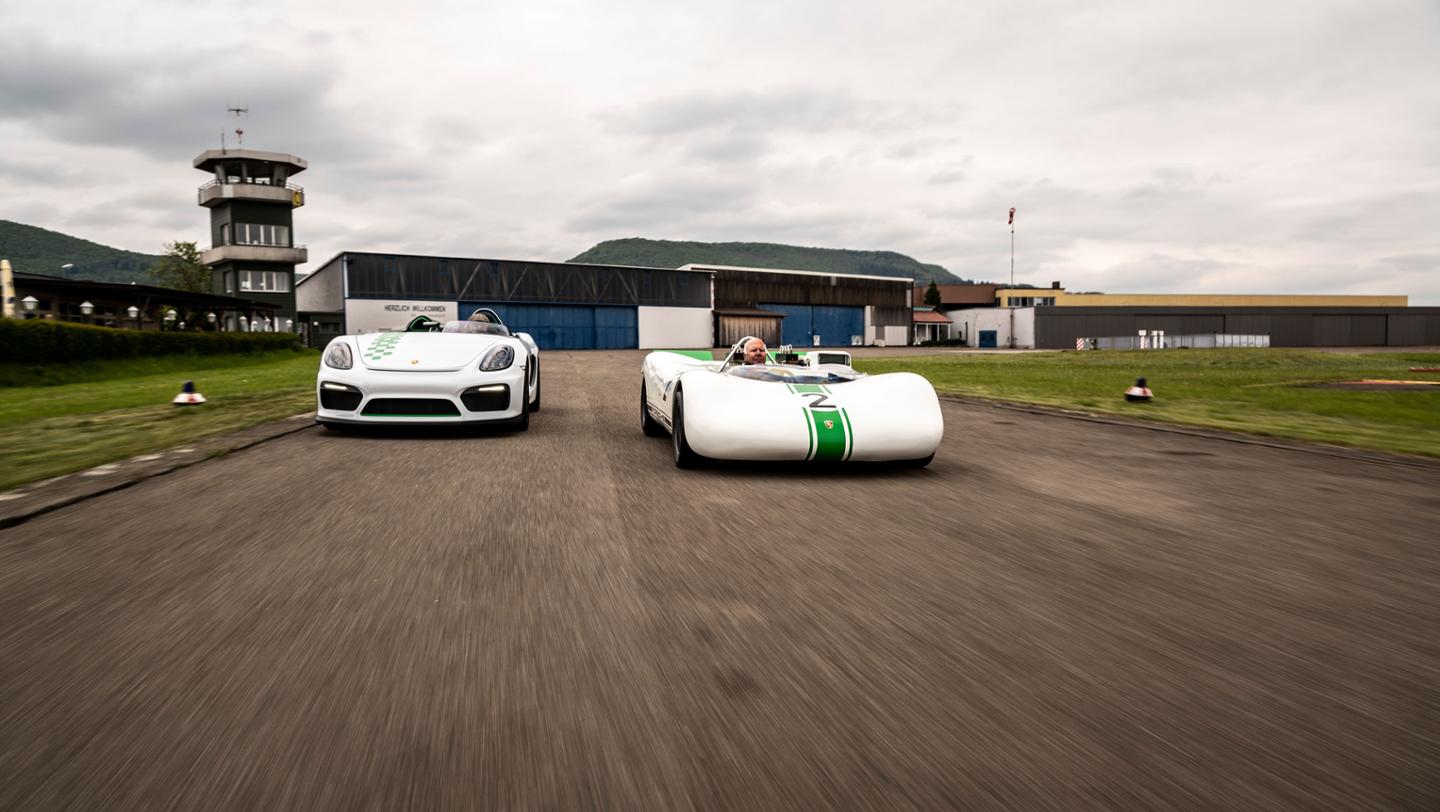 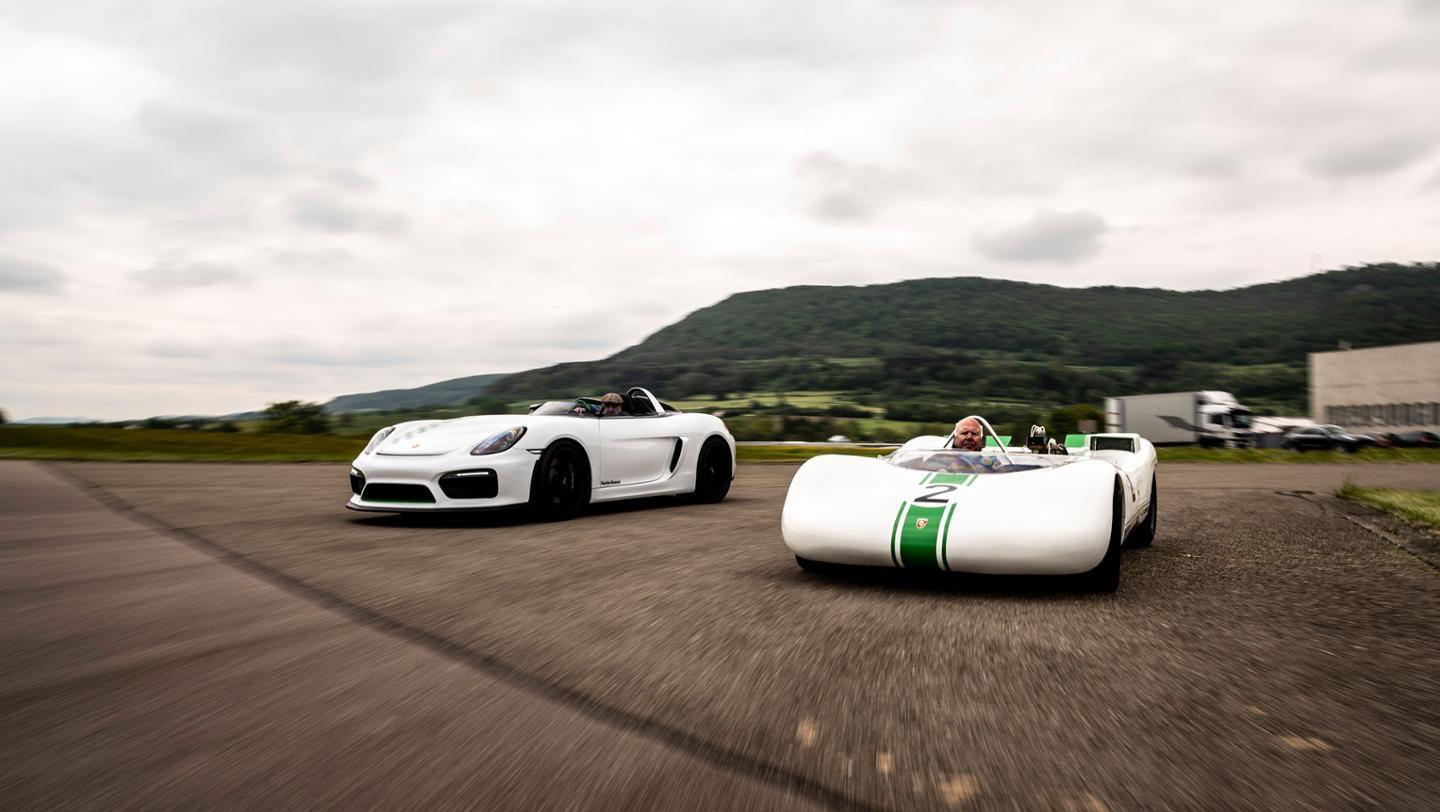 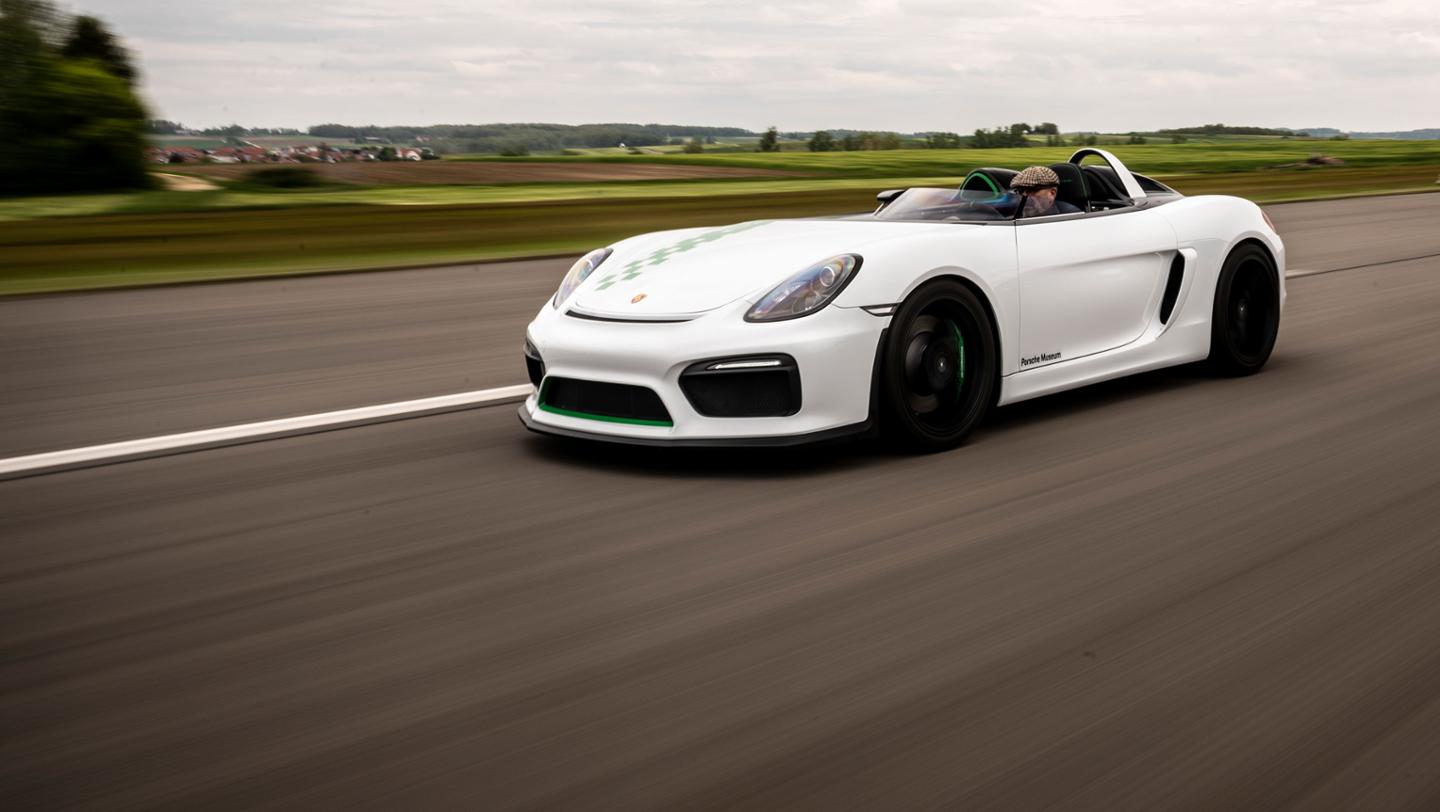 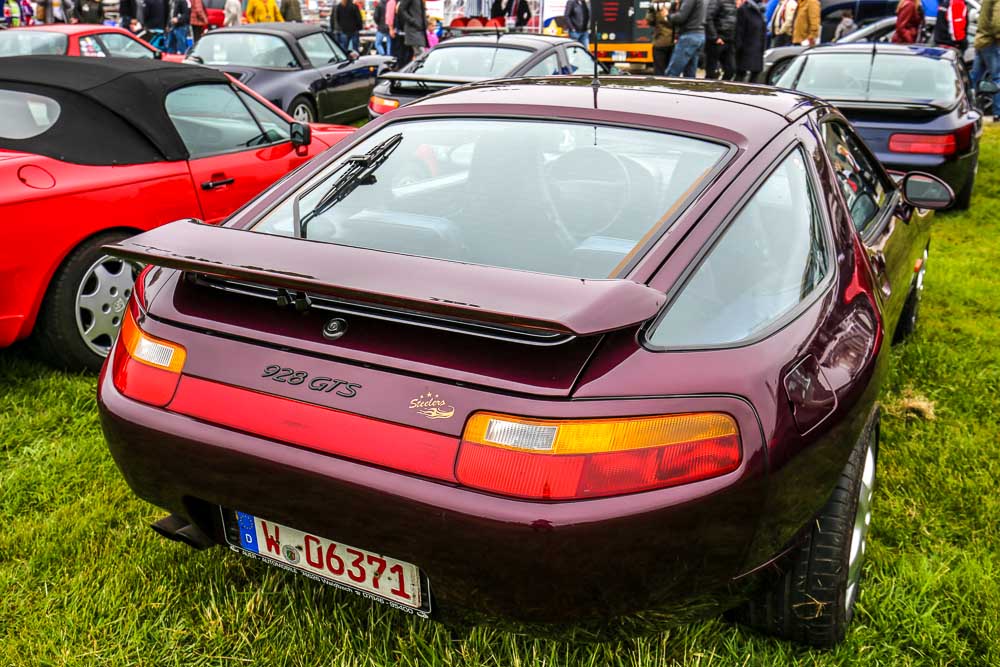