No surprises at the 2017 Bonhams Zoute Sale

Even quite some time before the auction would start, the tent at the Albertplein in Knokke where the 2017 Bonhams Zoute Sale would take place, was crowded. With a tent packed with people. Many of them wearing a registered bidder watch, and the visitors that just wanted to watch the auction and enjoy the atmosphere and drinks served by the sponsors like Ruinart Champagne and Filliers Gin. The Bonhams Zoute Sale started with some automobilia and memorabilia to warm the audience up. No stuff of any interest to a Porsche fan, all lots were Ferrari related. Some of them even catching quite heavy prices.

The real action started at lot 21, where a Bugatti Type 35 child’s car was the subject of some heavy bidding, lifting the price up to close to €30K premium included. From the Porsches that crossed the block, maybe the biggest surprise was the no-selling of the 1989 Porsche 911 Carrera 3.2 Turbo Look Speedster, even though we must admit the estimates were on the high side. No sale with a highest bid of €230.000. No surprise at all for the Porsche 356A Speedster that sold just under €400K premium included. A price right in between the low and high estimates and probably a correct price for a car like that. Maybe we’ll see the car again in the 2018 Zoute GP as a participant.

Even though €212.500 premium included is a very good price for a 1967 Porsche 911S Coupe, we are aware that exact the same car definitely would have been hammered above €225K some 2 or 3 years ago. Is the market going down ? Well, let’s say maybe a little bit for the good cars, the extremely rare or true concours cars aren’t.

Unfortunately there were none of these 2 categories in the 2017 Bonhams Zoute Sale. The only real collector car sold was probably the the last available 2017 Mercedes-Maybach G650 Landaulet, offered directly from the Mercedes-Benz factory. The mammoth 4×4, which is one of only 99 built, eventually achieved a world record €1,200,000 with all proceeds benefitting the Laureus Sport for Good Foundation.

The Porsches at the auctions at Villa Erba 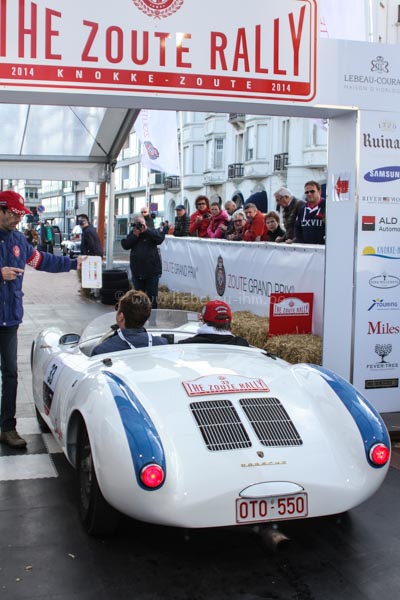