The official Pre-test will see the world debut of the 2015 Porsche Le Mans race cars in their individual colours: The three Porsche 919 Hybrids will appear for the first time in their base colours of red, black and white.

Tradition – The red prototype with starting number 17 will be driven by Timo Bernhard (34, Germany), Brendon Hartley (25, New Zealand), and Mark Webber (38, Australia). Its car number and colour are a tribute to the Porsche that in 1970 took the first of what are now a total of 16 overall victories for the brand in Le Mans. No other brand has claimed so many victories in what is believed to be the world’s most demanding endurance race. The base colour of the Porsche 917 KH (“short-tail”) in “Salzburg Design” that won the race 45 years ago on June 14, 1970 was also red. The winning drivers then were Hans Herrmann from Germany, who is now 87, and Richard Attwood from the UK, who is 75 today.

Technology – The black LMP1 with starting number 18 is a symbol of the close technical relationship between the Porsche 919 Hybrid racing car and the Porsche 918 Spyder super sports car, which is also equipped with a hybrid drive. It was also a black 918 that on September 4, 2013 set a new record for a street-legal production sports car by completing a lap of more than 20 kilometres on the North Loop of the Nürburgring in six minutes and 57 seconds. The record-breaking driver there was Marc Lieb, 34, from Germany. Lieb will also drive the black 919 in Le Mans this year – together with Romain Dumas (37, France) and Neel Jani (31, Switzerland).

A Return – The team’s third car – the white 919 Hybrid with starting number 19 – will be competing in Le Mans in the colour Porsche chose for its return to top-notch racing after a 16-year absence. White, which is a traditional colour for racing cars from Germany, will also be used with the two Porsche 911 RSR factory cars that will race in the GTE Pro Class. In Le Mans the third 919 will be driven by Earl Bamber (24, New Zealand), Formula One driver Nico Hülkenberg (27, Germany), and Nick Tandy (30, Great Britain).

Despite their individual colours, the liveries of the three Porsche 919 Hybrids and the two Porsche 911 RSRs share the same philosophy. All the chassis are covered in the words “Porsche Intelligent Performance”. Those three words summarise the brand’s core ambition for maximised sportiness and highest efficiency.

Style icons and a provocative livery in Le Mans

The livery of a race car is a science in itself. It should highlight design and proportions, cover design secrets and it must look good when the car runs at high speeds. In the old days cars were painted, nowadays they are covered in ultra-thin material. Often the colours and looks are influenced by sponsors and partners like the never forgotten Porsche Le Mans race cars in the colours of Gulf, Martini, Mobil1, Rothmans or Shell.

Also still famous are the extravagant creations by Anatole Lapine. The Latvian Porsche chief designer was responsible for the 1970 psychedelic purple-green Porsche 917 long tail, which was quickly given the nickname “Hippie”. One year later Lapine let a ‘pig’ run. The pink 917 is known as the “Sau” which translates into sow, which, of course, is a female pig. It is said it is the most photographed Le Mans race car ever. Lapine even put a schematic drawing on it with red lines separating and naming the various parts of the body – just like those displays you’ll find in a butcher’s shop. Internally this was provocative, externally it was a sensation. Without this livery the 917 would have been long forgotten after its retirement in the race. Instead it is still the favourite car of the children visiting the Porsche Museum in Zuffenhausen.

Twenty years earlier the first race car entered by Porsche in Le Mans had no such issues. The class winning 356 SL 1100 from 1951 had a bare aluminium body. It was a pioneer in terms of light-weight construction and aerodynamic efficiency. 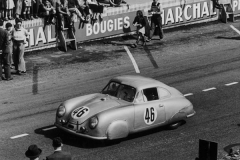 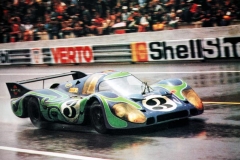 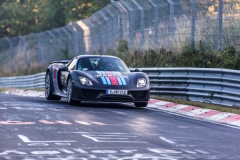 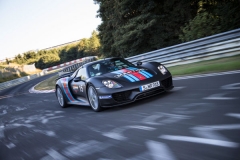 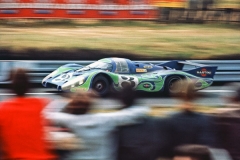 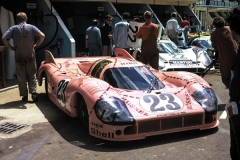 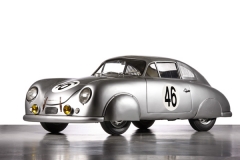 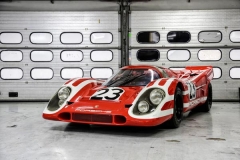 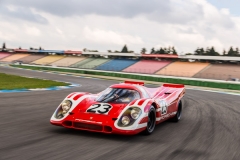 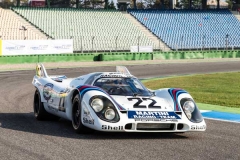 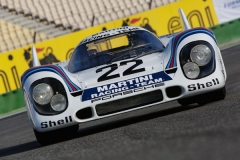 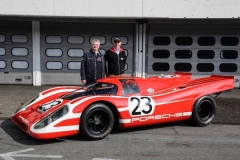 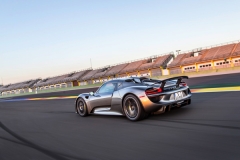 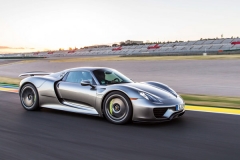 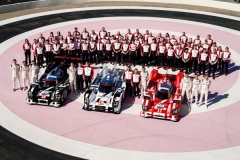 Facts and figures of the FIA WEC LMP1 in Bahrain 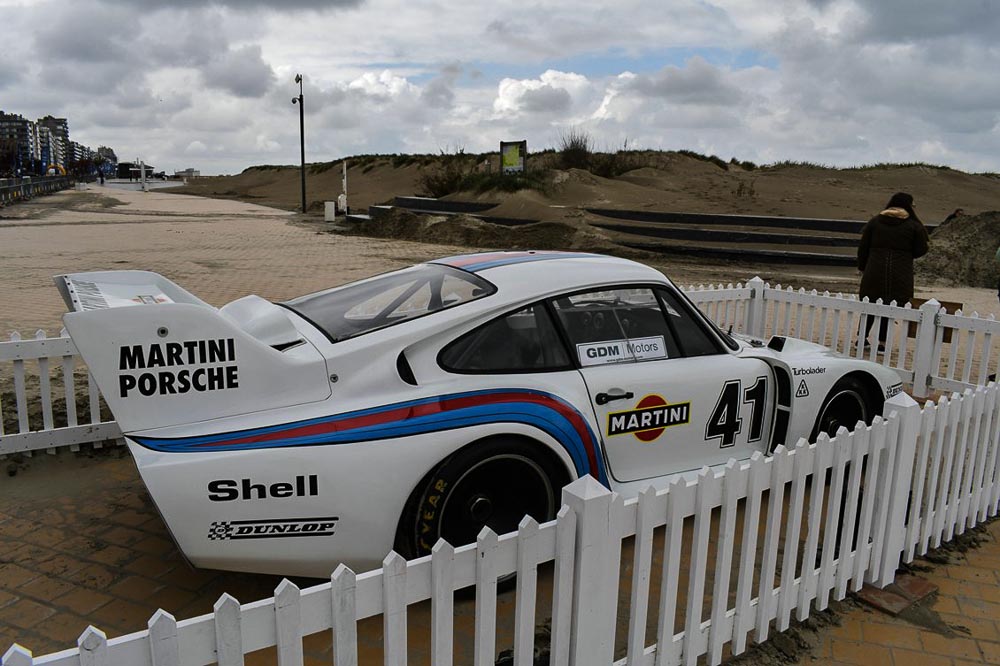