No Porsches on the podium in the Ypres Historic Rally

In the shadow of the Ypres 24H Rally, in 1993, the Ypres Historic Rally was born. Soon  spectators became familiar with historic rally cars. For the older rally fans,  it was a happy meet-again with the old glories of their youth, both in the cars and in the pilots. And both older and younger rally fans enjoyed the spectacle brought by the historic rally cars. Meanwhile, this Ypres Historic Rally has begun to go its own life, and since the beginning of 2000 the beautiful village Boezinge has been the centre for this European renowned competition.

Now, the Ypres Historic Rally consists of 2 different rallies, both facing the same rally stages. The Las Vegas Ypres Historic Rally is reserved for FIA homologated cars, the Classic Ypres Rally, for the BHRC. On Friday, the first day, the drivers ran 4 different stages. Exactly as expected Paul Lietaer took the lead in his 4 wheel-drive Subaru in the FIA race. To many’s surprise the Finnish driver Ville Silvasti did amazingly well in his Porsche 911. Didier van Wynsberghe did the best in the national race in the BMW.  On Saturday another 9 stages waited for the rally teams.

The leaders of both the rallies managed with hard effort to keep their advantage to the opponents and secured victory in the Ypres Historic Rally. In the Classic Ypres Rally the best Porsche finished on the 5th place.

Porsche Classics at the Castle 2015. 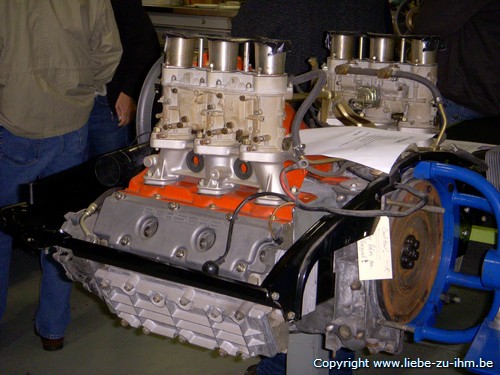