Porsche Motorsport supports another talented young driver for the coming season: Ayhancan Güven from Turkey will contest the international Porsche Mobil 1 Supercup in 2020 as a Porsche Junior. At the three-day selection process in Portimão in Portugal, the 21-year-old beat eleven other candidates, who had been nominated by their respective national Porsche one-make cups. Güven travelled to the shootout as the reigning champion of the Porsche Carrera Cup France.

Porsche has supported talented young racing drivers since 1997 and helps them on their way up the motorsport career ladder. “For Porsche, it is important to recognise the talents and abilities of drivers and to assist them. The competition in the national one-make cup series is high. This was evident in the shootout and underlines how strongly we are positioned in motorsport,” says Fritz Enzinger, Vice President Porsche Motorsport. “During the shootout at Portimão, the participants were literally checked out from top to toe. We got a comprehensive picture of their physical and mental fitness and also tested their driving skills,” explains Jasmin Steidle-Faas, project manager of the Porsche Motorsport Junior Programme.

Güven climbed into a kart at the age of five and was supported by his father, who is also an amateur racer in Turkey. At the age of twelve, the youngster from Istanbul switched to SimRacing and competed for the world’s largest team with today’s Formula 1 drivers Max Verstappen and Lando Norris. At 17, he returned to real motorsport and won several races in Turkey. In 2016, Güven climbed the ladder into international GT racing. The following year he went on to contest the Porsche Carrera Cup France and the Porsche GT3 Cup Challenge Benelux, concluding the latter series as the rookie champion.

In 2018, Güven climbed another rung of the Porsche Motorsport ladder: He took home the championship crown from both the Carrera Cup France and the Carrera Cup Benelux. The following year he contested his maiden season in the Porsche Mobil 1 Supercup, run as part of the Formula 1 support programme. In 2019, he again won the Carrera Cup France and concluded his debut Supercup season as runner-up and rookie champion. “That was a strong season and a truly great success for me and Philippe Almeras’s team,” declares Güven.

Family means a lot to Güven. They not only play an important role privately, he also relies on his extended family in his professional life. His older sister takes care of his travel plans and as a trained psychologist she is also responsible for his mental fitness in motorsport. Her husband is a fitness coach and regularly trains with Güven. Relatives in Germany also support the young driver. His cousin in Berlin has managed Güven’s online presence ever since the Turk began racing in Europe.

“It was a great honour to take part in the selection process. When I received the news that I was chosen as the new Porsche Junior I was absolutely thrilled. Being a Porsche Junior is a dream come true. From a very young age I’ve always wanted to win. Coming out on top at the shootout is the greatest victory of my life. I’d like to thank Porsche for the confidence they’ve placed in me,” said Güven.

Porsche traditionally supports two young drivers at the same time: the second driver alongside Güven is Jaxon Evans, who was chosen last year as a Porsche Junior. The New Zealander comes from a motor racing family and began his career in a kart at the age of twelve. After the Porsche GT3 Cup Challenge, he advanced to the Porsche Carrera Cup Australia where he clinched the championship title in 2018. During the 2019 Porsche Mobil 1 Supercup, Evans finished on the podium in Spa-Francorchamps and Mexico City, and will return as a Porsche Junior in 2020.

As Porsche Juniors, the two receive a sponsorship package that includes 225,000 euros for a season in the Porsche Mobil 1 Supercup. For 2020 they will contest eight rounds at the wheel of a 485 hp Porsche 911 GT3 Cup. Oliver Schwab, project manager of the Porsche Mobil 1 Supercup, is looking forward to the new junior line-up: “Jaxon steadily improved over the last season and Ayhancan Güven at times even gave the seasoned Supercup regulars a run for their money. In 2020, the title fight amongst the world’s best one-make cup drivers will be more thrilling than ever. I believe Ayhancan is one of the hot favourites.”

Both juniors receive support at all race weekends from the former Porsche works driver Sascha Maassen as a driver coach. Like the Porsche works drivers, the sponsored youngsters are provided with sports medicine and sports training-related mentoring from the University of Potsdam. Media seminars and mental fitness training are also part of the instruction content on the path to becoming a professional racing driver. Moreover, the Porsche Juniors will be involved in marketing activities and PR events. 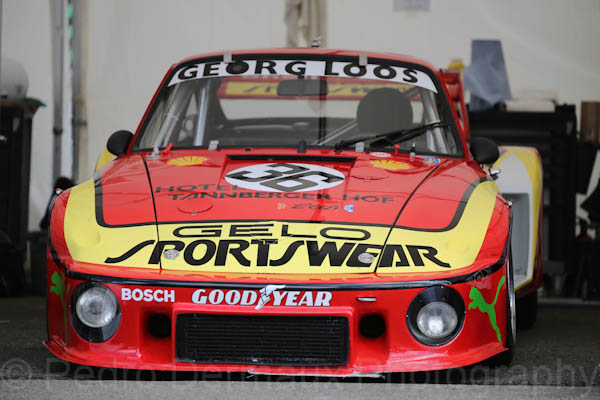