Where the stars are the cars’ was the motto of this year’s Classic Days Schloss Dyck in Jüchen, Germany. The imposing moated castle Dyck is regarded as one of the most important cultural monuments on the Lower Rhine and can look back upon nearly 1000 years of history. Built on four islands in the 17th century, the castle complex lies at the heart of the spacious park. And exactly this park is the place where classic cars are the stars, every first weekend of August, despite you might think something else, seen the impressive list of human stars at the event. Among them Jochen Mass, Hans Herrmann, Klaus Ludwig, Strietzel Stuck, Christian Geistdörfer, Klaus Niedzwiedz, Roland Asch, Dieter Glemser and Ellen Lohr. International VIP guest was Monsieur Le Mans, the belgian Jacky Ickx, who was impressed by the variaty and quality of the cars at the event. Ickx himself drove a Porsche 550 Spyder at the regularity runs on the 2.8 kilometer street-circuit in the immediate Schloss Dyck environment.

The FIVA A class concours d’elegance “Jewels in the park”,registered as FIVA IC 10/2014, takes place on the peninsula near the Castle. 56 exclusive cars were shown to the public and international jury, who chose a Lancia Astura with Pinin Farina bodywork from the year 1939 to Best of Show.

To my great surprise and delight, some extremely rare Porsches could be admired at the event too. No less than 2 Porsche 356B Beutlers, one brought by the Autostadt Museum,and another one that was shown and for sale at the Technoclassica this year too. Another pleasant discovery for me was the first European Formula V car, back in the time ordered by the Porsche race-leader Huschke von Hanstein by direct command of Ferry Porsche. The car arrived as a kit, and was constructed at the factory and used for both testing and racing.

My personal hero Richard von Frankenberg was one of the pilots of this car. Next to the Formula V a one-off Porsche, constructed by the Swiss Otto Daetwyler. Daetwyler always dreamt of building his own car to start in the legendary Le Mans 24hour race. In January 1960 his brandnew Porsche 356B was delivered and Daetwyler started the work, following the Porsche philosophy and reducing weight. A standard Porsche 356B weighed 935kg, using fiberglass Daetwyler build a completely new body weighing only 600kg.

Another highlight in Porsche history was the presence of the one and only remaining Type 60K10 Porsche, better known as the Berlin-Rome Porsche. The car, once raced by the famous Austrian Otto Matthe, dates from 1939 and is completely original. Nothing at this car has been touched or restored, you can see the cracks in the paint, the seats are worn and dirty. This car bears the scarfs of a racing life, making it an absolute stunner to see. One can only hope it will remain untouched as the patina it has can never be replaced.

The park of the castle breathed vintage life a weekend long. People dressed in period-correct clothes picknicked on the meadows, about 7000 vintage cars of different makes made the trip to Schloss Dyck,making it a huge open air vintage car museum.

I am looking for next year’s edition and I hope you too.

Ferry Porsche – Cars are my life 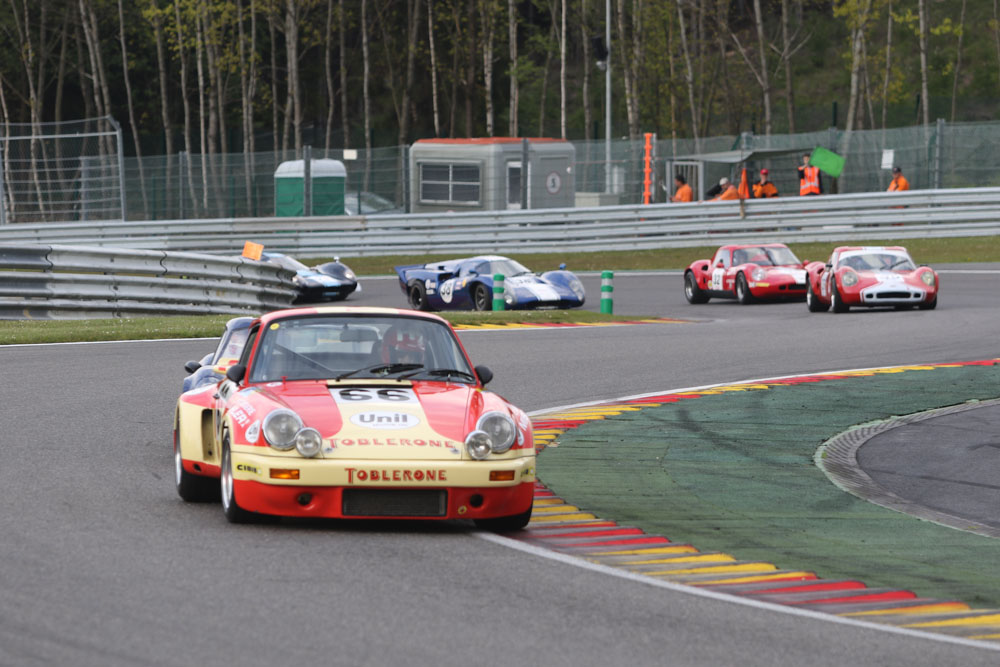