The IMSA SportsCar Championship heads into the new season on 30/31 January with the 24 Hours of Daytona. Porsche celebrates a double debut at the 54th running of the sports car classic in Florida: Both the new Porsche 911 RSR as well as the new Porsche 911 GT3 R contest their first races on the Daytona International Speedway. The Porsche North America works squad campaigns the 911 RSR in the GTLM class, with the 911 GT3 R fielded by customer teams in the GTD class. Porsche’s track record at Daytona includes 22 overall and 76 class victories, making Porsche the most successful manufacturer in the history of this prestigious race.

Next to Le Mans, Daytona is the greatest long distance classic in international motor racing. The 24-hour event is held on the 5.729-kilometre Daytona International Speedway, one of the most famous racetracks in the world. Combining the original oval and the infield, the circuit includes twelve turns, two of them banked.

The 911 RSR received not only a new factory finish for the 2016 season. The 470 hp winning racer from Weissach, which is based on the seventh generation of the iconic 911 sports car, received modifications to the aerodynamics to comply with the new regulations. The position of the rear wing was moved further to the back, with the rear diffuser now considerably larger. Moreover, the 911 RSR received a modified front spoiler lip as well as wide side sills. The new 911 GT3 R celebrates its race debut at Daytona mounted with the new ultra-modern four-litre flat-six engine with direct fuel injection. Porsche built the 500 hp customer sport racer, based on the 911 GT3 RS production sports car, for GT3 series worldwide. In developing the vehicle, the engineers at Weissach paid special attention to lightweight design, better aerodynamic efficiency, reducing consumption as well as improved handling.

The first of 22 outright victories for Porsche at Daytona went to Vic Elford, Jochen Neerpasch, Rolf Stommelen, Jo Siffert and Hans Herrmann in 1968 with the Porsche 907. The most recent overall win in 2010 went to Joao Barbosa, Terry Borcheller, Ryan Dalziel and Mike Rockenfeller with the Porsche-Riley. In the traditionally very competitive GT classes, Porsche has notched up a record 76 wins. 2014 yielded the most recent victory with Richard Lietz, Nick Tandy and Patrick Pilet clinching GTLM class honours.

Quotes before the race

Dr Frank-Steffen Walliser, Head of Porsche Motorsport: “Porsche has celebrated some of its greatest wins at Daytona. For this reason, it is the perfect place to present two new GT racing cars from Weissach for the first time to sports car fans from all over the world. With the 911 RSR, on which we’ve made aerodynamic improvements to fit the new regulations, we aim to defend the IMSA championship title in the GTLM class that we won last year and at Daytona we want to perform much better than we did in 2015. With the 911 GT3 R, we’ve provided our customer teams in the USA with a competitive car for the GTD class. We’re very interested to see how the new cars perform at their race premiere.”

Marco Ujhasi, Overall Project Leader GT Works Motorsport: “The fact that we’re fielding the new 911 RSR at Daytona for the first time at this very demanding race poses an even greater challenge for us. This makes it all the more important for the drivers and teams to quickly find their rhythm and to work together optimally over the 24-hour duration. This worked so well during our preparations that we’re feeling very confident for the race.”

Sascha Pilz, Manager GT Customer Racing: “With the new 911 GT3 R, our customer teams have prepared very well for the start of the season at Daytona. We’ve received a great deal of positive feedback and at the Daytona tests we saw that they familiarised themselves quickly and effectively with the new car.”

Nick Tandy (911 RSR #911): “I’m looking forward to the first race with the new 911 RSR. We’ve tested extensively and we’re heading into the season well prepared. Last year we had to wait for our first victory in the USA until the second half of the season. I hope it doesn’t take that long this time.”

Patrick Pilet (911 RSR #911): “It’s a great feeling to start the season as the title defenders. But that doesn’t make the task with the new 911 RSR easier. Daytona poses a very special challenge, it’s somewhat of a yardstick for the rest of the season. Last year we experienced a lot of bad luck. This time I hope we can fight for victory to the finish.”

Kévin Estre (911 RSR #911): “Daytona is my first race as a Porsche factory pilot. On top of that I’m sitting in the 911 RSR with the starting number 911 – that’s the winning car from last year. It’s a big responsibility. But I have great teammates supporting me. I’m really looking forward to the start of the season and the year in the USA.”

Frédéric Makowiecki (911 RSR #912): “Daytona is a classic that every racing driver wants to win. We definitely have a chance to win. The advances that we’ve made with the new 911 RSR at the official Daytona tests and the lap times that we drove give me confidence for the race. Now we just have to deliver a good performance over the whole distance.

Earl Bamber (911 RSR #912): “The Daytona International Speedway is a unique racetrack. You don’t find this demanding combination of steeply-banked corners and a twisty infield anywhere else. The challenge for drivers and teams at such a long race is enormous. They have to work together under immense pressure for 24 hours and they can’t make the slightest mistake. Only those who manage this have a real chance of winning.” Michael Christensen (911 RSR # 912): “This classic is a great start to the new season. The successes that Porsche has scored here are a huge motivation for us all. We’ve prepared well and we know what’s needed to win this fantastic race. We’ll do what needs to be done. But luck too always plays a role at a 24-hour race.”

Wolf Henzler (911 GT3 R #23): “This race will definitely be an interesting experience. The new 911 GT3 R is a great racing car for customers. The ABS and the well set-up, sophisticated traction control helps me as a professional, and, of course, it’s particularly helpful for amateur racers. Its grip level is amazing and the car stays nice and stable even over the bumps and kerbs. This is definitely a major success for the engineers at Weissach.” Patrick Long (911 RSR #540): “The recipe for success at Daytona is actually quite simple: You just have to survive the first 20 hours well and secure yourself a good position so that you’re ready to fight for victory in the last hour of racing. That’s what we aim to do with the new 911 GT3 R this time. The car performed well in tests with its good aerodynamics, it’s great on the straights and under braking. That’s very important at Daytona.”

Sven Müller (911 GT3 R #30): “I’m really excited about my first race at Daytona. Even the test was a great experience. I hadn’t expected it to be so extreme. You have to be extremely careful, because you’re constantly overtaken by the faster prototypes and GTLM cars. The new 911 GT3 R is easy to drive. It almost feels like my 911 from the Supercup, except it has much more downforce.”

This is the IMSA SportsCar Championship The IMSA SportsCar Championship is a sports car race series contested in the USA and Canada, which was run in 2014 for the first time. The series was formed from the merger of the American Le Mans Series and the Grand-Am Series. Sports prototypes and sports cars start in four different classes: GTLM (GT Le Mans), GTD (GT Daytona), P (Prototype) and PC (Prototype Challenge). The Porsche 911 RSR runs in the GTLM class, with the new Porsche 911 GT3 R contesting the GTD class. 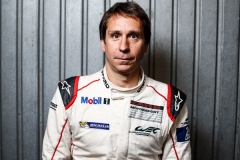 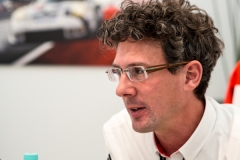 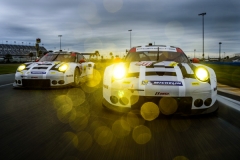 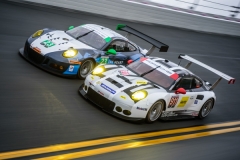 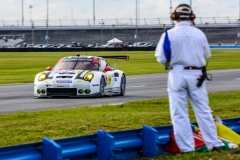 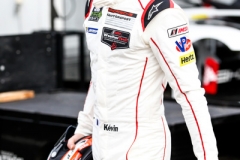 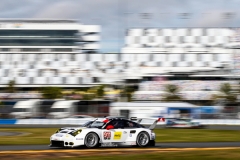 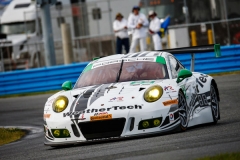 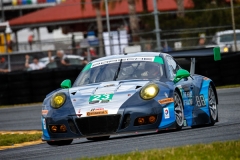 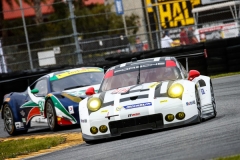 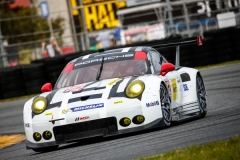 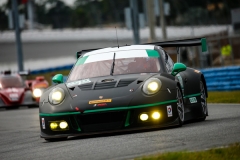 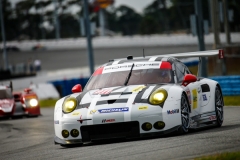 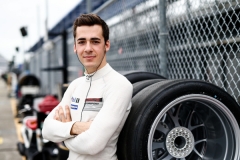 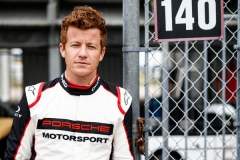 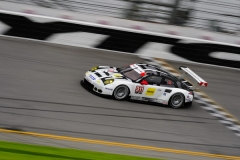 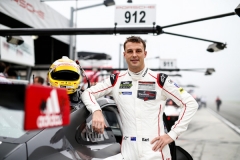 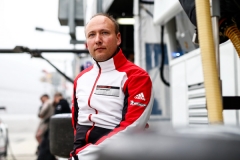 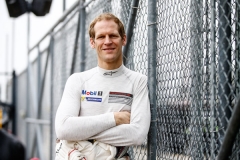