There’s no shortage of prominent number combinations at Porsche, but the sequence 9-1-7, at least when it comes to racing, is the most famous of all. It stands not only for the most powerful and fastest Porsche race car to date, but also for an entire generation of racing cars that only changes to the rules—not competitors on the track—could stop. When the new rules for the International Championship for Sports Cars were made public at the end of 1967, the team in Stuttgart-Zuffenhausen decided to build a new race car for the under-five-liter class. As the successor to the successful 907 and 908 types, the 917 got an air-cooled twelve-cylinder engine whose power in 1970 was an imposing 580 hp (426 kW) at 8,300 rpms. On June 14, 1970, Porsche bagged the first of 16 overall victories at the 24 Hours of Le Mans. After exactly 2,863.15 miles, or 343 laps, drivers Hans Herrmann and Richard Attwood took the checkered flag in the legendary Porsche 917 Kurzheck (KH) from Porsche Salzburg, with start number 23. When Gérard Larrousse and Willy Kauhsen took second in the Martini-917 Langheck and Rudi Lins and Helmut Marko came in third in the Porsche 908/02, the Porsche sweep of the podium was perfect.

The “shark fins” on the tail gave the Porsche 917 KH 1971 greater directional stability and reduced wind resistance by 11 percent.

In 1971 a veritable armada of six Porsche 917s started at Le Mans. The car with start number 22 was special. The white race car with the characteristic Martini stripes had the new “shark fins” on the tail that Porsche had first used in pretraining in April. They gave the 600 hp (441 kW) race car greater directional stability and reduced wind resistance by 11 percent. This 917 was also the first Porsche with a magnesium tubular frame to be used in a race. This made the car so light that the technicians were able to use a 58-quart engine oil tank rather than a 21-quart one to improve the weight distribution and reach the required weight of 1,763 lbs. Completed on June 5, the car put in 343 miles in training for Le Mans and ultimately raced to victory in the 24-hour race with an average speed of 138.1 mph and a total distance of 3,315 miles. With this performance the drivers Gijs van Lennep and Helmut Marko set two records that would stand for 39 years. In typical Porsche style, they also won the “Index of Performance,” an award for the lowest fuel consumption relative to engine size.

One of a kind Porsche 911 Turbo S ‘Pedro Rodriguez’ in honor of the Mexican driver.

Probably the best classic car show in the world : the Retromobile in Paris

One thought on “Porsche 917 KH Coupé” 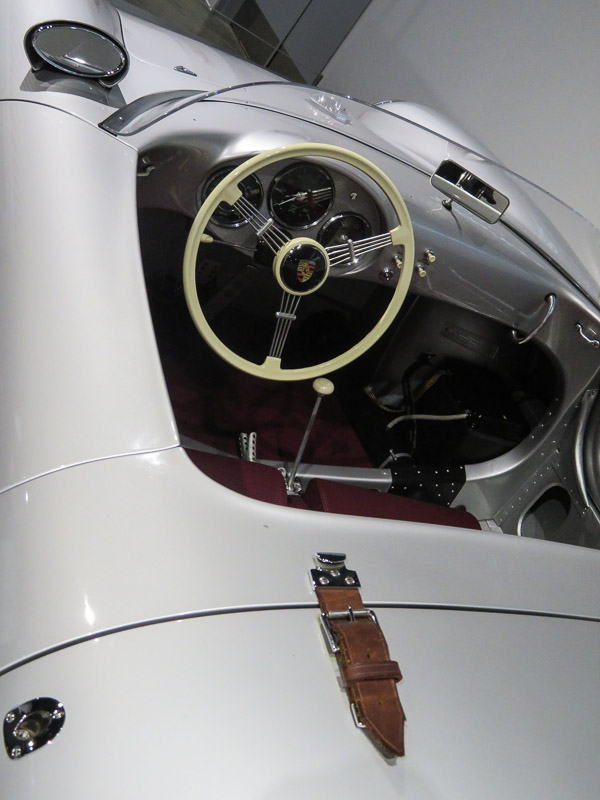