Porsche establishes a subsidiary in Norway

Porsche is further expanding its presence in Northern Europe. To this end, the sports car manufacturer will establish a joint venture with long-time business partner Autozentrum Sport AS. The company will start operations on January 1, 2023. Michael Hiller (47) will be appointed as chief executive officer (CEO). The closing of the transaction is subject to approval by the relevant local authorities.

“Norway has become enormously important for us in recent years and is a leading market in the field of electromobility,” says Detlev von Platen, Member of the Executive Board for Sales and Marketing at Porsche AG. “The country is several years ahead of most others in electrification – and also a pioneer in other future topics such as digitalization. Through the new subsidiary, we will be able to become much more involved there in the future; in a proven partnership with AZ Holding, with whom we have already worked very successfully in recent years.”

“This is a compliment to the joint efforts and successes we have achieved with Porsche in Norway over the past decades,” says Hans Henrik Riddervold, owner of Autozentrum Sport AS. “We look forward to continuing our close partnership and taking advantage of the opportunities that this new setup will bring.”

Globally, Norway is considered one of the world’s leading markets in the field of electromobility – the electrification rate for new cars there is around 94 percent. Porsche delivered more than 1,700 all-electric Taycans in Norway last year. In 2019, the brand’s sales across all models were still around 600 units.

Autozentrum Sport AS has been an importer and dealer of Porsche in Norway since 1997. Since then, the sports car manufacturer has steadily developed its presence in the Northern European market. Today there are ten Porsche Centers in Norway; in addition, there are two Porsche Studios as urban brand representations and a Classic Center dedicated to the sale and maintenance of Porsche Classic vehicles.

Michael Hiller has worked at Porsche since 2012. Most recently, he held the position of Area Director for the Middle East, Africa, India, Latin America and Brazil in the Overseas and Growth Markets region. 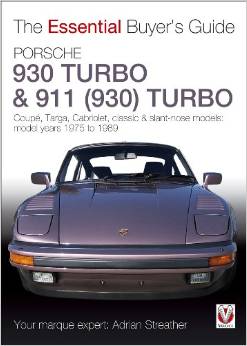