A 2,400-hp summit at the Rennsport Reunion VI in California

At its final huge public appearance on the “919 Tribute Tour”, the record breaking Porsche 919 Hybrid Evo meets a historic counterpart – the Porsche 917/30 from 1973. The two racing cars belong to the circle of stars at the “Porsche Rennsport Reunion VI” – the world`s biggest meeting of historic and current racing and road going Porsche cars. The sixth edition of this extraordinary event is taking place this weekend at the Californian Laguna Seca Raceway, south of San Francisco.

The 919 Hybrid and the 917 dominated the races of their time. From 2015 through 2017, the hybrid racing car won the Le Mans 24-hour race three times in a row as well as the FIA World Endurance Championship WEC for manufacturers and drivers in the respective years. It was the 917 that secured Porsche its first two – of what has become a total of 19 – outright Le Mans victories back in 1970 and 1971, and helped the marque win the manufacturers’ title in the World Sportscar Championship the same years. In both cases, for the 919 and the 917, technical regulations influenced the decision to withdraw from the respective World Championships. The situations, however, were different: For the 919 further hybrid innovations, which would have been relevant for road going cars, were ruled out. Back in 1972, the 917 domination was so stifling that motorsport authorities banned its five-litre twelve-cylinder engine. However, instead of heading straight to the museum, both cars experienced strong developments for a second career.

Record chasing at the Nürburgring’s Nordschleife and in Talladega

The Youtube video has hit over 2.8 million views to date: The on-board recording of Timo Bernhard’s record lap around the Nürburgring’s Nordschleife, or north loop, is not for weak nerves. The two-time Le Mans winner and endurance world champion from Germany lapped the legendary 20.8-kilometre course in the Evo version of the Porsche 919 Hybrid in 5:19.55 minutes on June 29 in 2018. The 37-year old attained an average speed of 233.8 km/h in the “Green Hell” and a top speed of 369.4 km/h.

The world of Formula One sent its congratulations. It was already familiar with the Evo: back in April, Swiss driver Neel Jani had beaten the F1 track record in Spa-Francorchamps, Belgium. In August, however, F1 retrieved the record at the track known as the Ardennes Rollercoaster. The Evo is an advancement of 2017 Le Mans winning car. At the end of its outstanding career, engineers unleashed the car from the restrictive rules to let it really show what it can do. 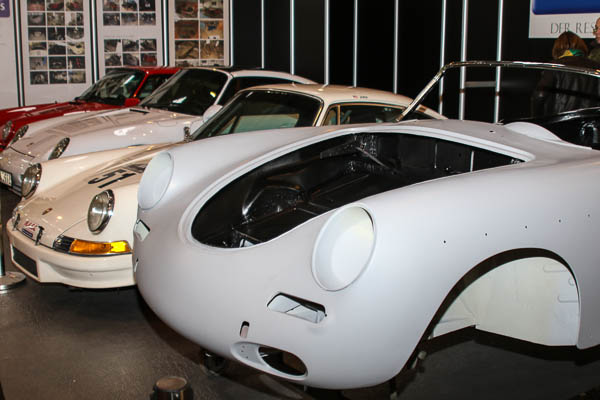