Timo Bernhard (born 24 February 1981) is a professional sports car racer from Germany. He was former Team Penske driver and currently a Porsche factory driver,[1] but was seconded to Audi for selected events in 2009 and 2010. He has also raced for theCytoSport in the 2010 American Le Mans Series season (ALMS) and is a winner of the Triple Crown in endurance racing.
Bernhard was born in Homburg, Saarland. He debuted in karting in 1991. He finished 5th at the CIK/FIA Junior World Championship y was crowned German junior champion. The next two years, Bernhard was 6th and 3rd at the German Karting Championship. In 1998 he moved to formula cars as he join the Formula Ford, finishing 6th in both the German series and the Eurocup en 1998. In his last year in open-wheelers, 1999, Bernhard finished 3rd at the German Formula Ford.
For 2000, Bernhard drove in Porsche Supercup as a UPS Porsche Junior driver, finishing 3rd in the championship. In 2001, he made his American Le Mans Series debut at the 12 Hours of Sebring, where he finished 2nd in the GT class with Randy Pobst and Christian Menzel, driving for Alex Job Racing. He also made four other ALMS starts, and won the Porsche Carrera Cup championship.
In 2002 he began the season with a class win in the 24 Hours of Daytona for The Racer’s Group. He then finished second overall at the 24 Hours Nürburgring driving for Alzen Motorsport. The crowning achievement of the year was winning the GT class at the 24 Hours of Le Mans, with Kevin Buckler and Lucas Luhr. He also finished 3rd in the Carrera Cup, and won his first ALMS race (with Jörg Bergmeister) and finished 4th in the championship.
Bernhard began the season by winning the 24 Hours of Daytona outright in a Porsche 911 GT3-RS, driving with Buckler, Michael Schrom, and Bergmeister. Bernhard and Bergmeister won 3 ALMS races, including Petit Le Mans, and finished second in the championship. He also finished 3rd at the Nürburgring 24 Hours.
In 2004, Bernhard again partnered with Jörg Bergmeister in the ALMS. The duo took six wins from nine starts and won the GT class driver’s championship. Their successes included class wins at Sebring and Petit Le Mans, both time joined by Sascha Maassen. Bernhard also finished 4th overall and 2nd in class in the Spa 24 Hours. He finished on the podium at the Nürburgring 24 Hours for the 3rd straight year, finishing in third in a Manthey Racing Porsche.
Bernhard joined Romain Dumas in the ALMS for 2005. They scored four class wins, and Bernhard won four poles, but finished second in the championship. Dumas also finished 2nd in the GT2 class at the 24 Hours of Le Mans, driving with Jörg Bergmeister and Patrick Long.
In 2006, Bernhard moved to DHL Penske Racing who owned and captained by legendary owner Roger Penske and the new Porsche RS Spyder in the LMP2 class of the ALMS, again partnering Dumas. After a frustrating start to the season, Bernhard and Dumas took advantage of the Audi R10’s absence from the series to take the overall win at Mid-Ohio. This was the first overall win for an LMP2 class car, and the first win for an under-class car since 2003. Bernhard also won the LMP2 class at Petit Le Mans (with Sascha Maassen andEmmanuel Collard), and took four class victories in total and finished 3rd in the championship. He also won the 24 Hours Nürburgring outright, partnering Lucas Luhr, Marcel Tiemann, and Mike Rockenfeller.
Bernhard and Dumas moved to Joest Racing, in which he ran the new Audi R15 TDI. Along with Alexandre Prémat, the #3 car finished 17th in the 2009 24 Hours of Le Mans.
Along with Dumas and Rockenfeller, Bernhard took the overall win in the 2010 24 Hours of Le Mans. This was the first win for either driver and set records throughout and after the race, including breaking the 1971 distance record of 5,335.313 km (3,315.210 mi); the car (#9) ran 397 laps and 5,410.713 km (3,362.061 mi). Bernhard’s victory made him the eleventh driver to complete the triple crown of endurance racing, with Bernhard also winning not only the 2003 24 Hours of Daytona but also the 2008 12 Hours of Sebring with Penske (also with Dumas but also with Collard). Bernhard partnered Klaus Graf in the Muscle Milk Team CytoSport Porsche RS Spyder to second place at Road America, the seventh round of the 2010 ALMS season. 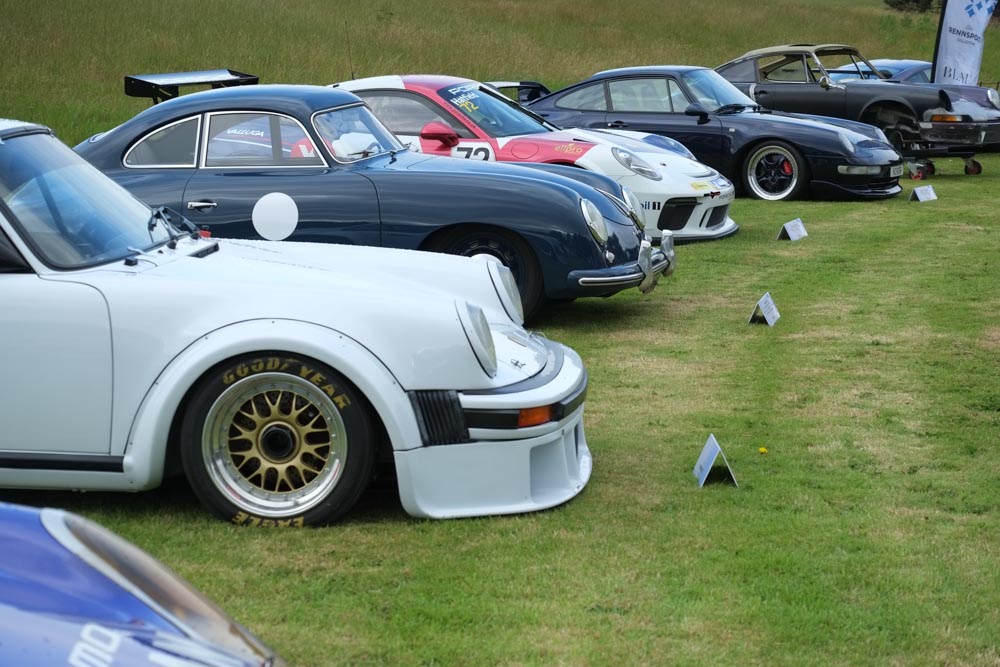