Porsche Excellence was Expected : a set of 4 books now

In 1977, Karl Ludvigsen published the first edition of “Excellence was expected”. Back then, the book counted approximately 850 pages. Several reprints showed the succes of the book. Over 25 years went by before the publisher ordered a new edition. It took Ludvigsen a few years to complete the 2nd edition in 2003.  The author never stopped researching the history of Porsche. Just a few years later, in 2008, the 3rd edition of Ludvigsen’s “Excellence was expected” saw the daylight. The original edition was a single book, the 3rd edition consisted of 3 volumes, each counting approximately 500 pages.

In 2019, over a decade later, Karl Ludvigsen believed the time had come to publish another completely reworked edition of “Excellence was expected”. Now four volumes, 2,834 pages and with nearly 3,000 photos and illustrations, every page of this all new “Excellence was Expected” has been revised and redesigned. Karl Ludvigsen had full access to the Porsche Archives. He went through newly available documents, and interviewed Porsche family members, managers and engineers to unearth the complete history of Porsche.

The first chapters in volume 1 covers the begining of Porsche, the genesis in Gmünd, where the first car bearing the name Porsche was built. From Gmünd, Porsche relocated to Stuttgart, after the family made the crucial decision to build cars in Stuttgart, instead of focusing on the engineering skills that Porsche was known for. After all, the Porsche sportscars built in Gmünd had not been a roaring succes so far. History proves that this was the only right decision. It meant the start of an unrivaled succes-story.

Next to fulfill the major goal of winning the Le Mans 24H in 1970, the 70s and 80s were very important years for Porsche. Years of huge innovation emerged for the factory. A collaboration with Volkswagen led to the birth of the mid-engined Porsche 914. At the end of the 70s, cars with front-mounted and water-cooled engines like the Porsche 924 saw the daylight. The author describes in detail all the models and the activities of the company in an era that can be described, to say the least, as very dynamic.

Porsche witnessed significant swings in its fortunes during the final two decades of the 20th Century. In Book 3 of Porsche: Excellence Was Expected author Karl Ludvigsen brings his industry experience and insider knowledge to bear in describing Porsche’s pitfalls and its pivotal comeback. The Porsche 944 became the successor of the Porsche 924. Porsche traveled unpaved roads with the introduction of the first water-cooled Porsche 911, and the Cayenne SUV.  In 1985, the company explored the regulations of FIA Group B. This finally resulted in the 4-wheel drive Porsche 959, the first Porsche supercar ever.  In motorsport, Porsche supplied engines designed by Hans Mezger for Formula 1.

In 2008, the financial crisis almost caused the bankruptcy of Porsche. Fortunately, the Volkswagen Group reached out a helping hand and ensured the survival of what had been the most profitable car maker. After that, Porsche introduced one succesful car after another. The 4-seater Panamera,  the Porsche 918 hypercar and recently the all-electric Porsche Taycan are the most striking exemples.  On the motorsport side, Porsche returned to Le Mans in 2014. It scored a hattrick with 3 consective victories in 2015, 2016 and 2017.

New for the 4th edition of “Excellence was Expected”

The only way to describe “Excellence was expected” is with superlatives. Just as the previous editions, this edition is truly a masterpiece. Karl Ludvigsen knows how to put complicated technical stories on paper to make it a smooth read. He unearths stories that shed a new light on the history of Porsche. No other book covers the complete breadth of the Porsche marque’s history. The 4 volume set brings you a whopping total of 2834 pages of reading pleasure. Close to 3,000 photos, diagrams, and illustrations clarify the words. Karl Ludvigsens “Excellence was expected” brings exactly what Porsche has been bringing us since 1948. That is Excellence, nothing but excellence. Make sure to free some space on your bookshelves.  This is probably the best money spent in years.

“Porsche – Origin of the Species” by Karl Ludvigsen 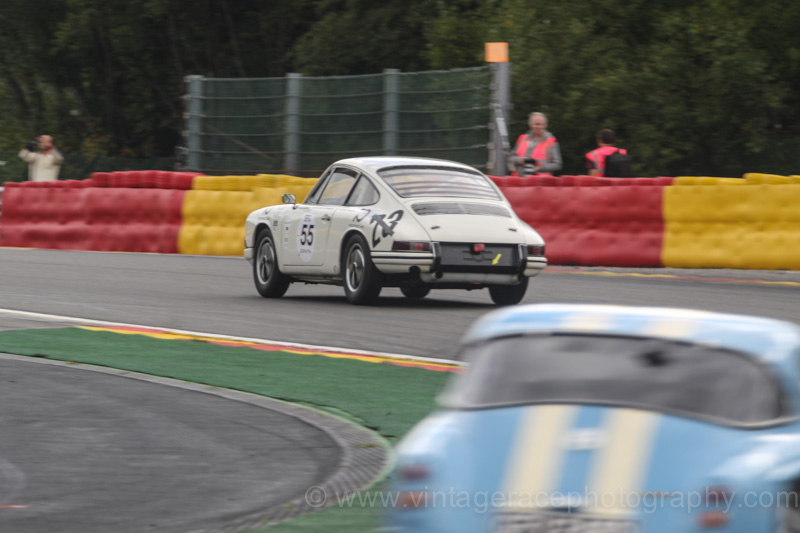