The 2022 Hemicuda Rally got underway as early as Saturday evening with two new speed trials on the territory of Middelkerke. It became immediately clear that the battle would focus on the trio Andy Lefevere, Gunther Monnens, and Pieterjan Cracco. The BMA Hyundai of Cracco could immediately settle between the two GT3 Porsches.

Also on Saturday, there was no limit to the supremacy of Andy Lefevere who was eager to add an eighth victory to his record. A broken gas cable put an end to his dream. Gunther Monnens smelled his chance and Pieterjan Cracco lacked top speed on the many long straights and fierce fans. Other tenors who realized their ambitions for a place of honor included Kurt Boone and Toby Vandenbergh (Mitsubishi) Bert Coene (Ford Fiesta R2)and Thierry Dekoninck (BMW).

The duel between the two wonderful Alpines A 110 was also awaited. It was Chris Vandamme who kept Alpine honors high with a creditable fifth place. In the Historics, there was no stopping Polle (Lietaer) who finished fourth overall. Stefaan Stouf (Escort MK1) was long lost by then due to a defective clutch. The second Historic driver was Nick Toorre who finished tenth overall. Finally, we also mention the nice eleventh place for an ultra-fast Stijn Sonneville in the small Citroen C2 R2. The 2 Porsches in the Historic race had to quit the race early.

Picture gallery of the Porsches in the Hemicuda Rally 2022 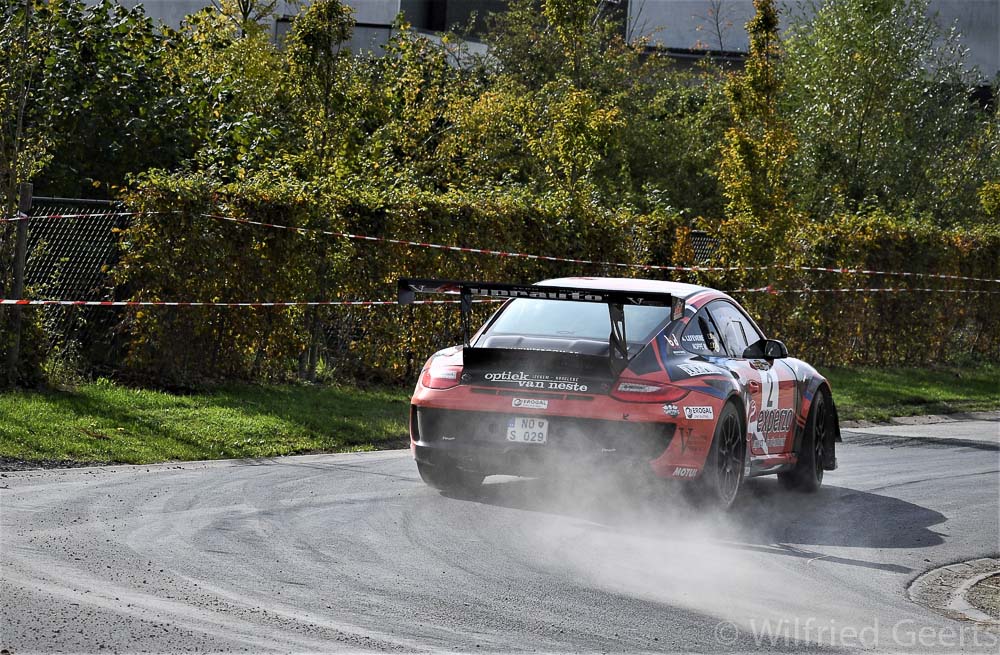