The previous years, the Bonhams Zoute sale during the Zoute GP  weekend always attracted hundreds of visitors to the auction. Once again, the COVID-19 virus forced an organization to rearrange plans. And even though it looked for a long time that there wouldn’t be a car weekend at all in Knokke, things turned out a bit different. The Bonhams Zoute Sale took place in the astonishing beautiful CWART in a ‘light’ version. That means that only a very limited number of bidders could attend the auction live on premises. Main part of the bidding had to be done online. Despite that, Bonhams succeeded in having some great cars in the auction.

Eye-catchers were the 1955 Aston Martin DB2/4 that  King of Belgium Baudoin ordered new. The hammer fell down at €264,500 premium included. A 2nd royalty car, the 1959  BMW 507 Series II Roadster, one sold new to HRH Prince Constantine II of Greece, found a new owner for a stunning €2,070,000. But let’s concentrate on the Porsches in the Bonhams Zoute Sale.

As part of its 70th anniversary celebrations, Porsche presented a Type 991.2 Speedster concept at the 2018 Paris Motor Show. The production Speedster was unveiled at the New York Auto Show in April 2019 with deliveries commencing in May of that year. One of them crossed the block at the Bonhams Zoute Sale. The car, delivered new to Belgium, had just over 1500 km on the counter. Bidding stopped at €299,000 premium included.

With the 1976 Porsche 911 2.7 Carrera MFT Targa, a rare bird came up for sale. The Belgian Gendarmerie only ordered 20 of these special cars, fitted with the 210 HP Carrera RS engine. Établissements d’Ieteren Frères supplied the cars. The car comes with  correspondence between them and the Belgian Gendarmerie, together with copies of photographs depicting the official delivery of the first car with Baron Roland d’Ieteren. The car finally hammered down at € 189,750 inc. premium

The Bonhams Zoute Sale catalogue  shows 2 more Porsches  as Private Treaty Sale. The first was a 1956 Porsche 356A 1500 GS Carrera T1 Cabriolet. This car, one of 26, was delivered new in Germany to n Germany to Prinz Friedrich Zu Furstenberg, who raced it. The car changed ownership several times, and spent some time in the USA. In 1993/1994 chassis 61163 was subject to a ground-up restoration. In 2012, th car returned to Europe to the current owner who commissioned an extensive restoration by classic Porsche specialists Siemerinck of Ijmuiden, Holland. The engine was serviced by Carrera specialist Karl Hloch of Schorndorf, Germany. French specialists Duval restored the convertible hood. The car was painted in Azure Blue, its original colour.

In September 1965, the first owner of the 1965 Porsche 911, chassis 302077, received its keys. It changed hands in 1981 to the 2nd owner. It remained in the same ownership until Manfred Hering, proprietor of renowned Porsche specialist Early911S acquired the car. He started a nut-and-bolt restoration that finished in 2019. Since then, the car only spent a few kilometres on the road to assure there are no issues. The car is matching number and a unique opportinity to add a concours-condition 1965 Porsche 911 to your collection. The car comes in  the desirable Slate-Grey.

Both the 1956 Porsche 356A Carrera Cabriolet and the 1965 Porsche 911 remained unsold. In case of interest, you can contact Bonhams for more information.

Picture gallery of the Porsches in the 2020 Bonhams Zoute Sale 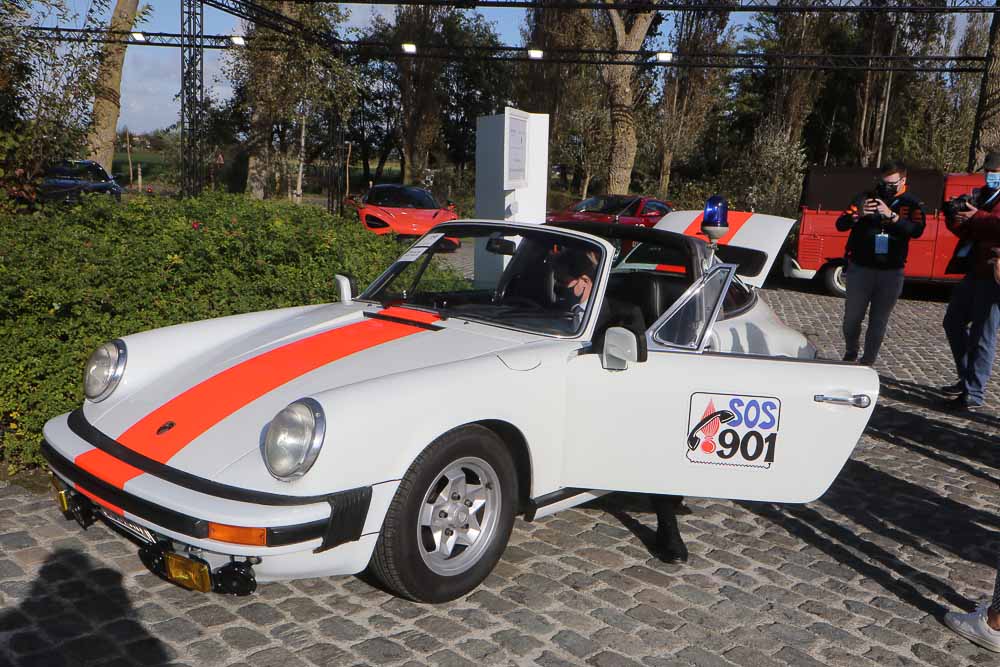 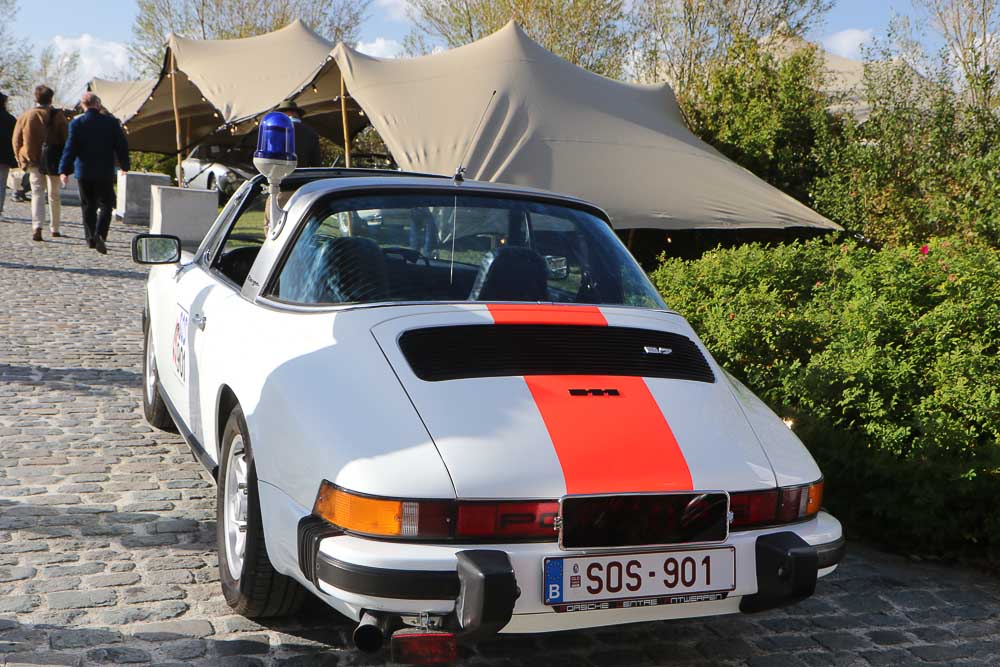 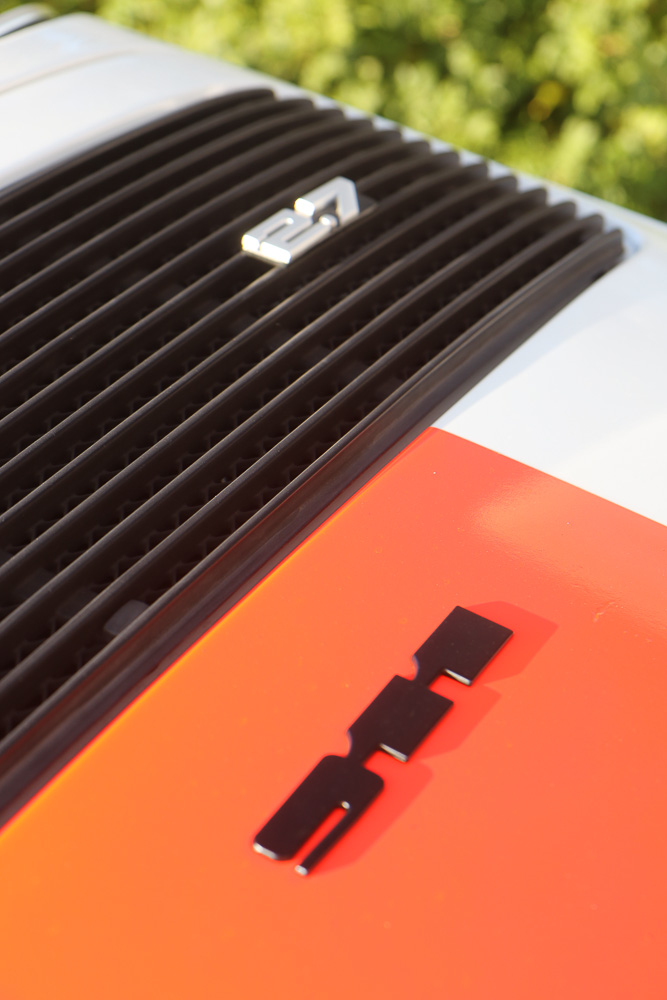 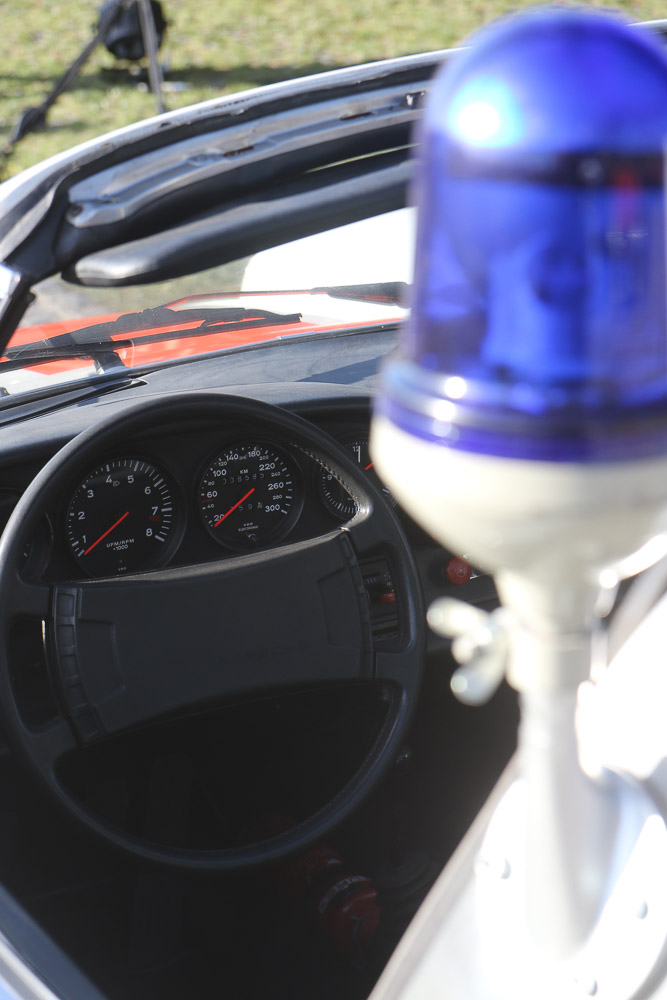 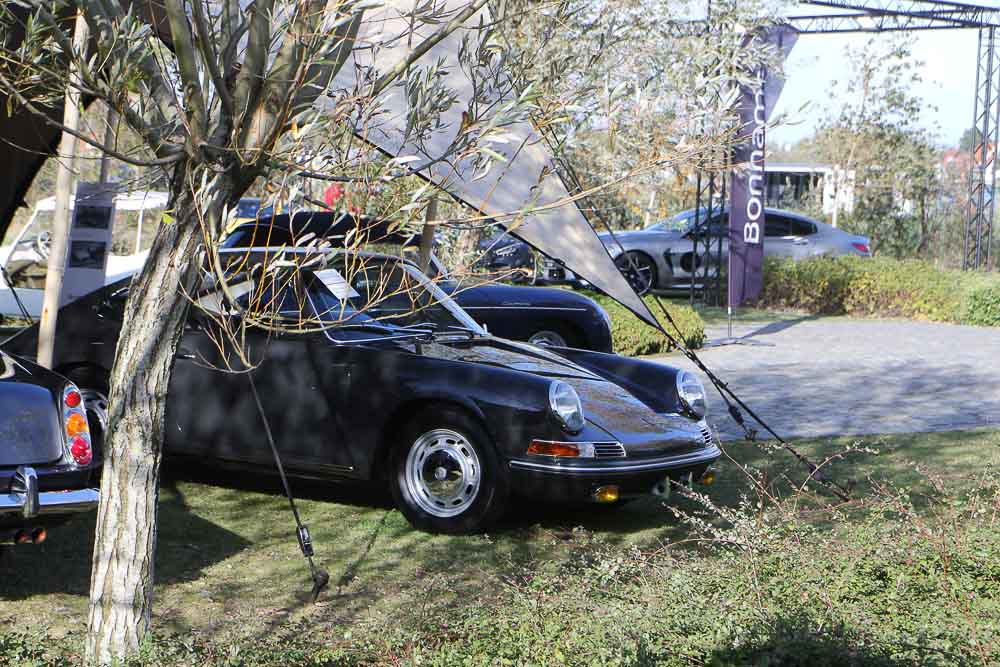 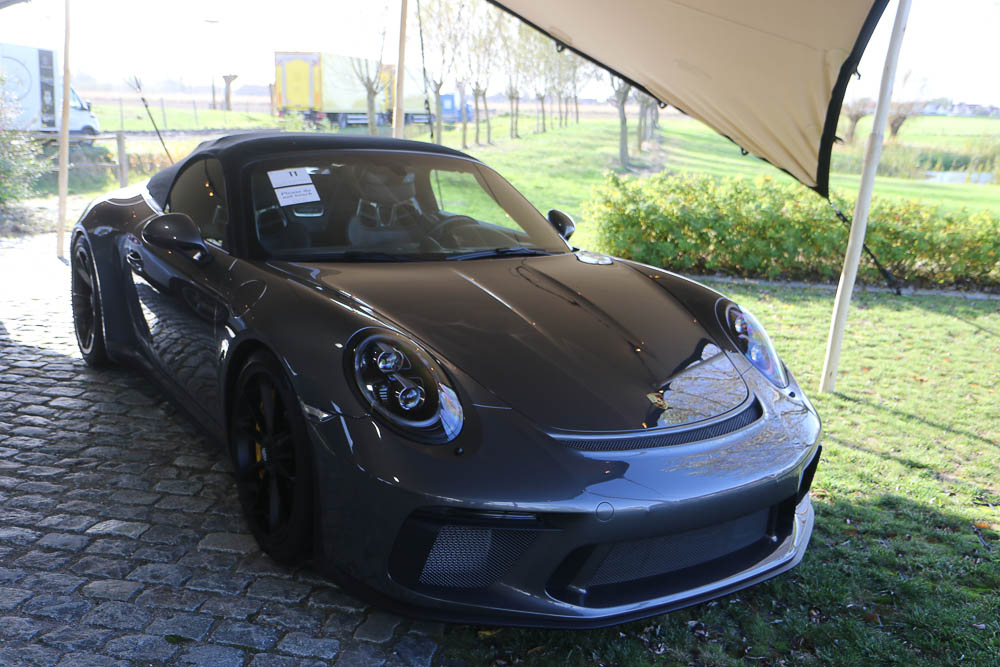 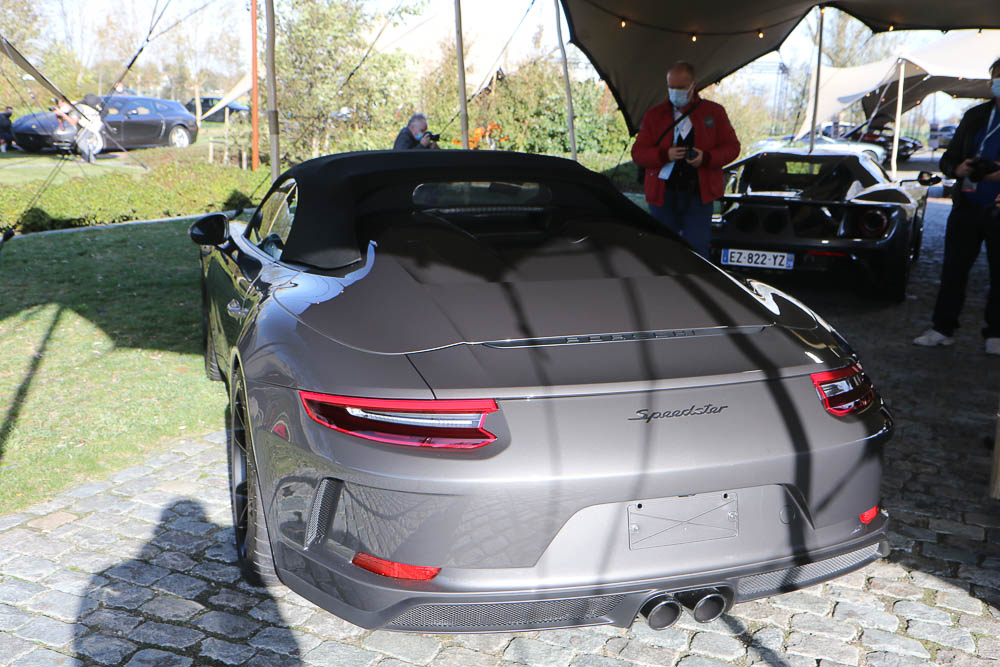 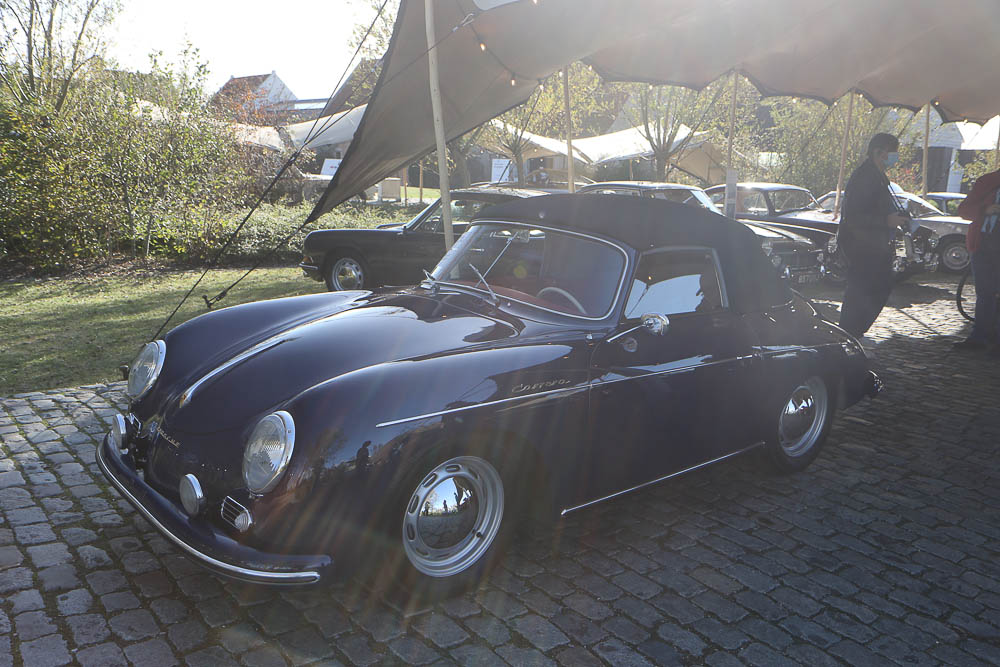 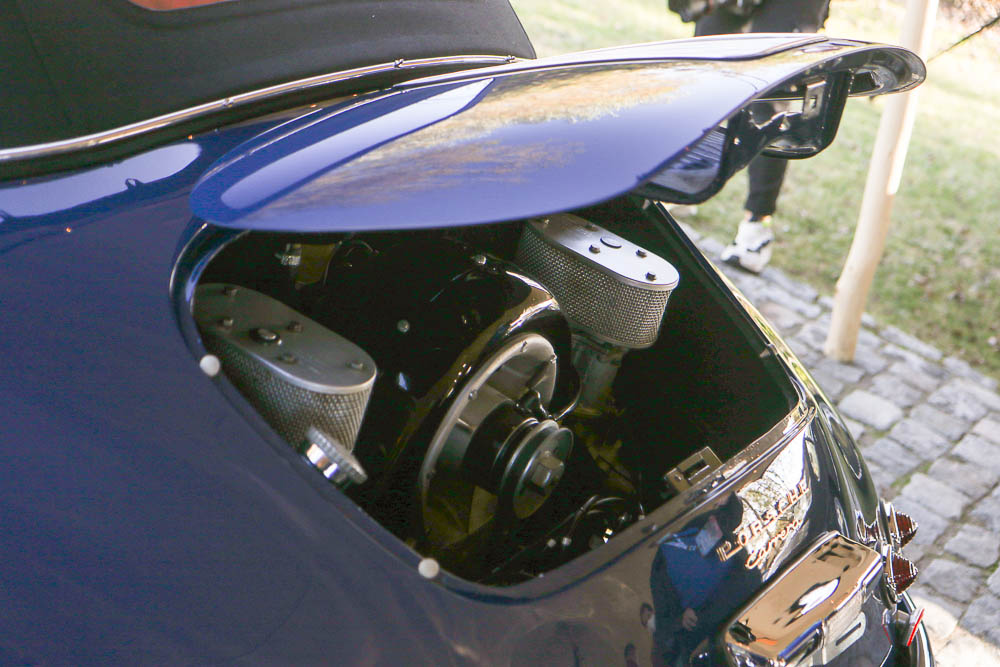 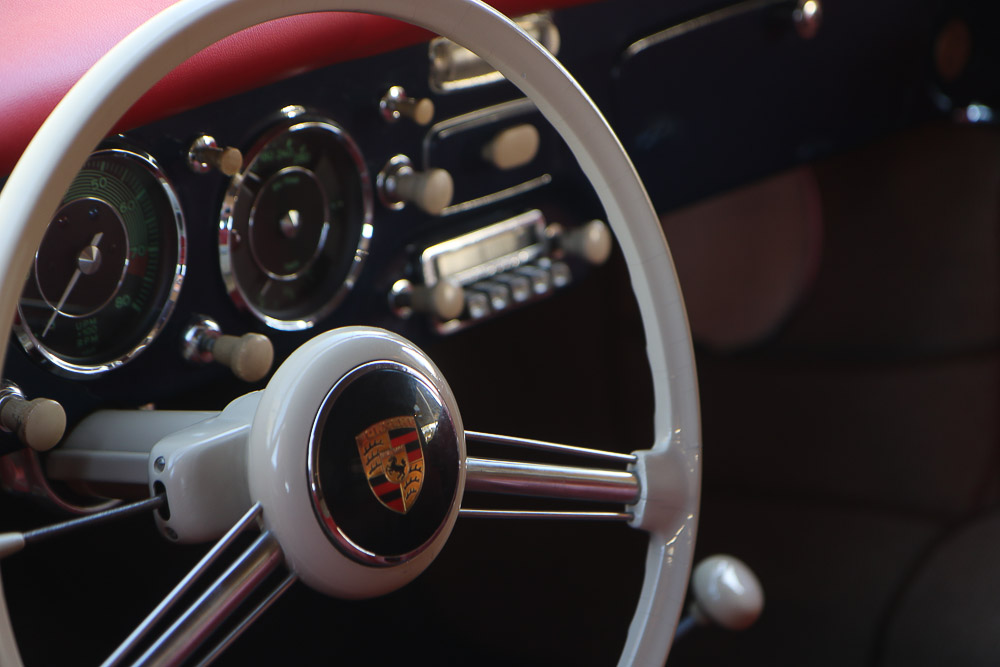 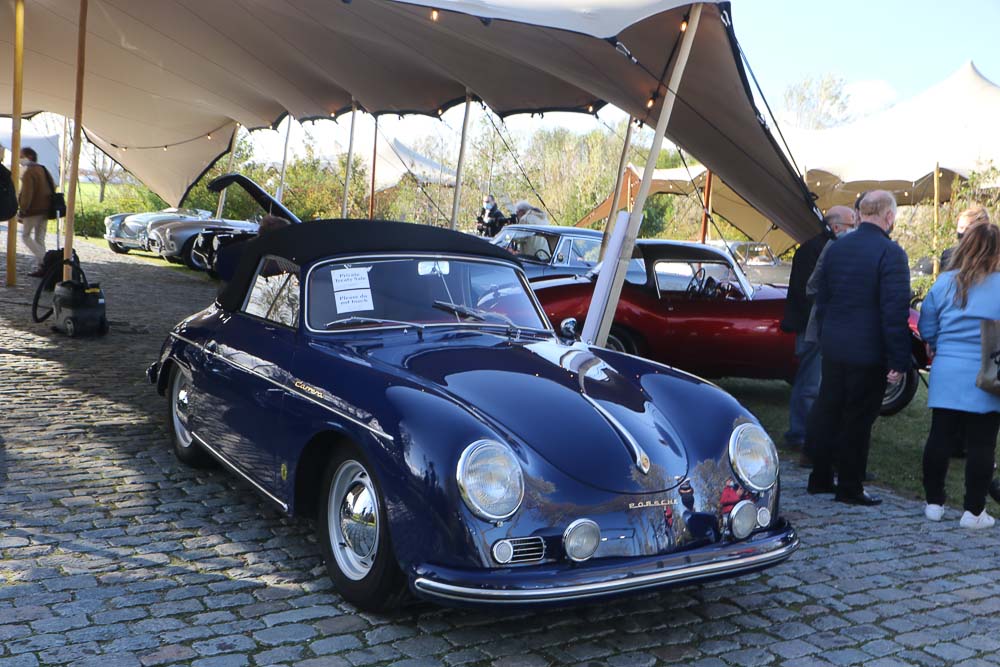 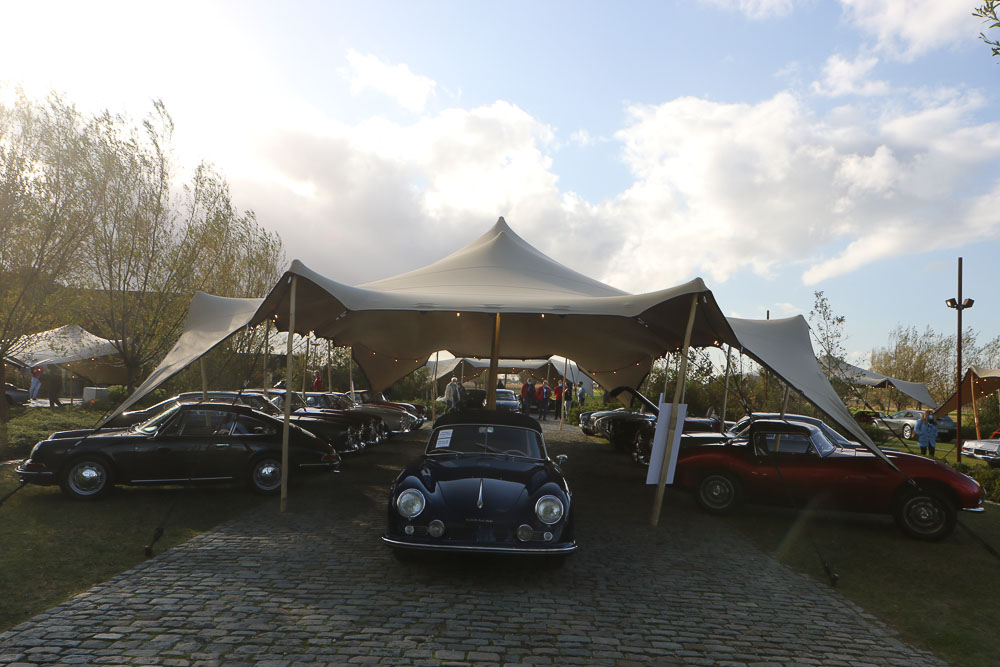 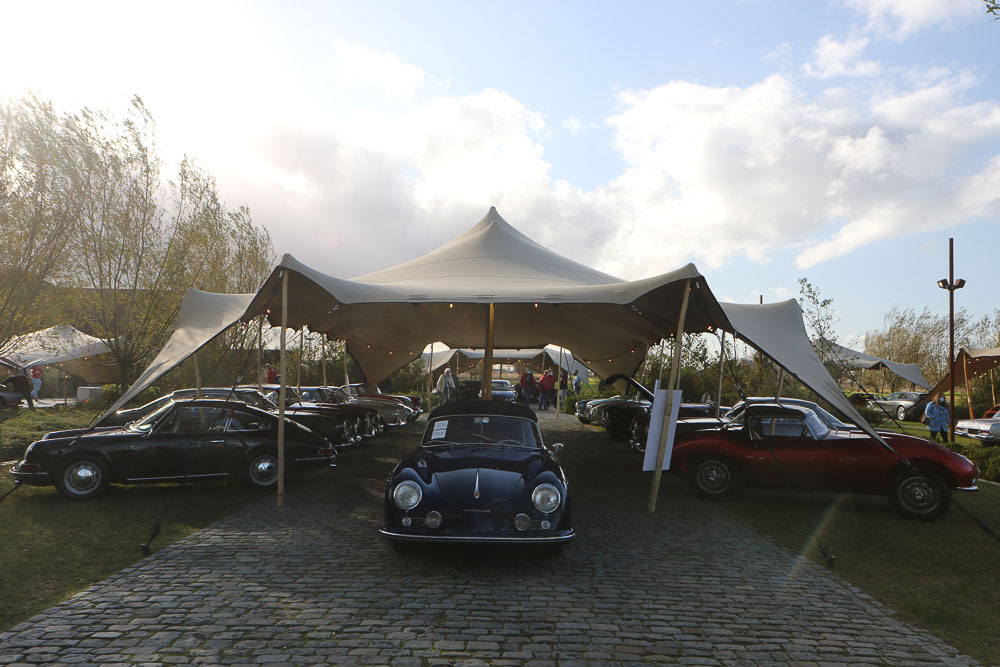 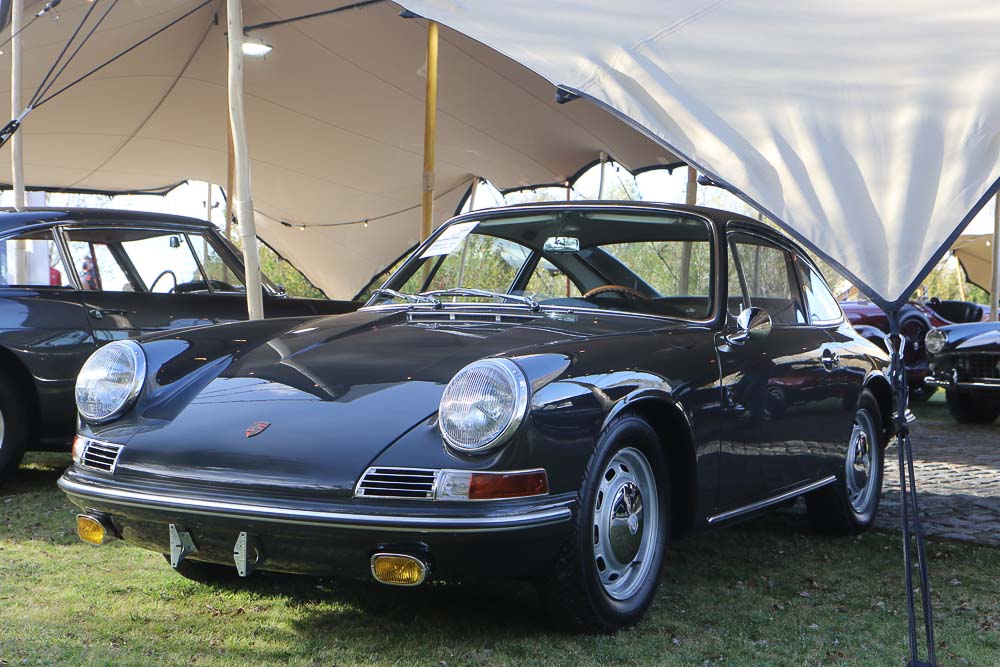 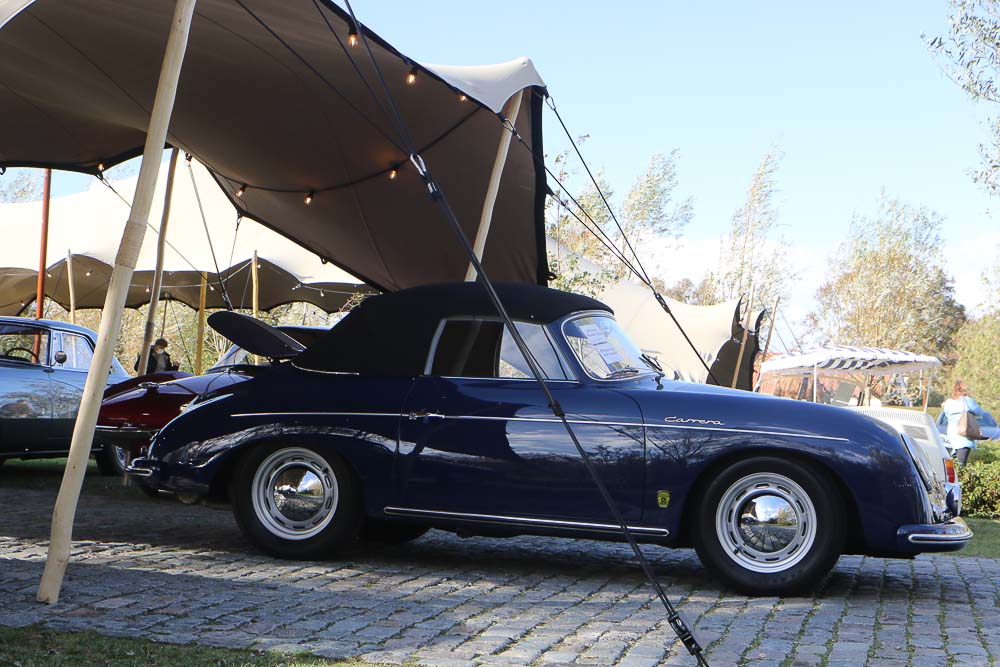 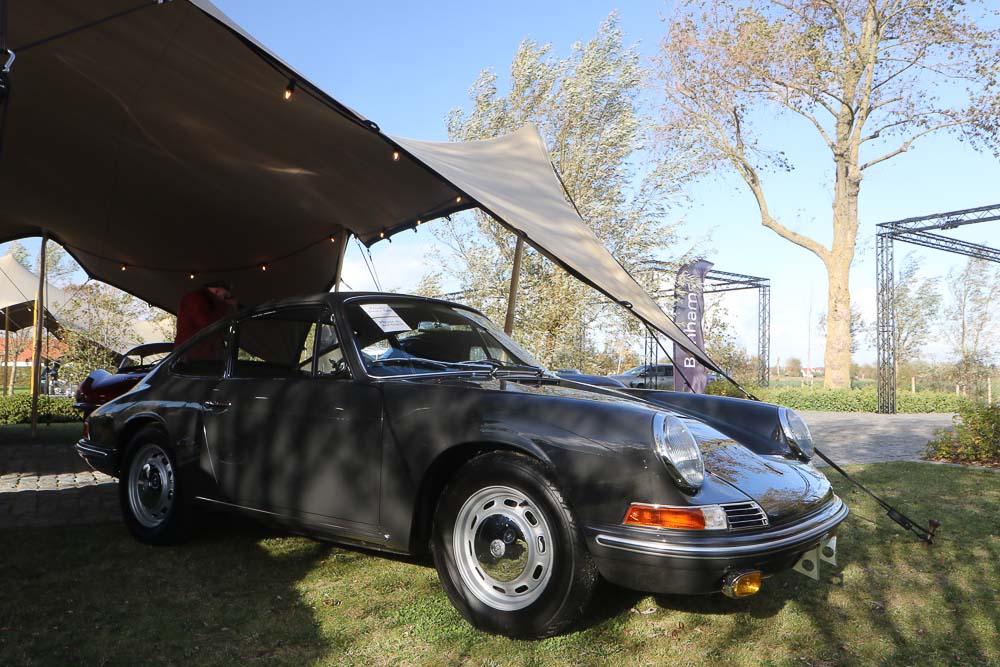 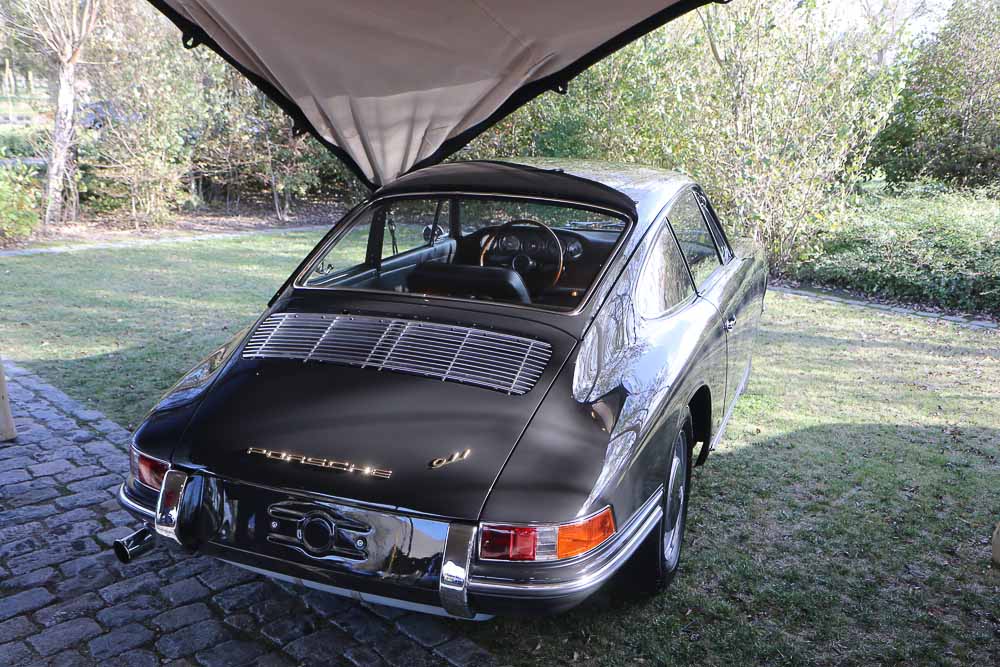 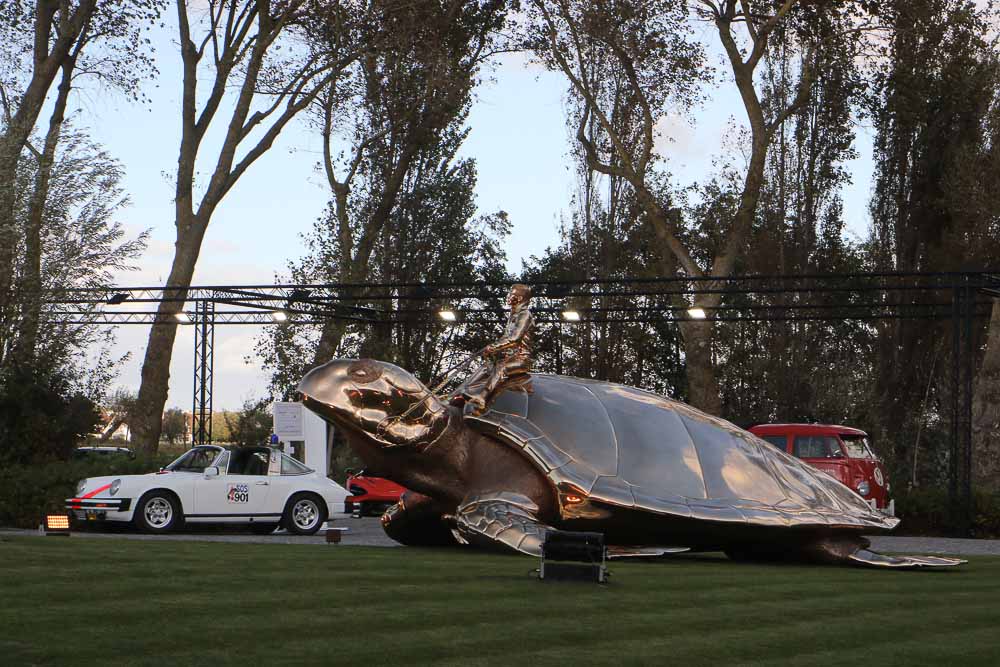