Nicolas Hunziker is a Swiss artist who resides in California.  Over the year he has built a strong base of customers. His unique style of painting makes his artwork very recognizable. Most of the Porsche and classic car enthusiasts will probably know his work from posters or logos commissioned for events. And chances are that a commissioned painting of Nicolas Hunziker is decorating a wall or garage from a collector in your neighbourhoud. On several occasions, you can see Nicolas Hunziker together with Chad McQueen, son of Steve McQueen, as they have become close friends sharing the same passion and love for Porsche or driving in the Los Angeles Hills in their Porsche 911s.

During the LA Lit and Toy Show weekend, Nicolas Hunziker opened his workshop, just a few blocks away from Callas Rennsport, to welcome the Porsche fans. During our visit, the place was crowded, as the touring busses that left at the LAX Hilton arrived at exactly the same time as we did. Nicolas Hunziker in person made sure that any questions you might have had were answered. His lovely wife Heather made sure the complimentary breakfast buffet was filled with lots of amazing foods. And as an extra, Mike Brewer from TV series Wheeler Dealer was handing out signatures to anyone willing to accept one. When Rüdiger Mayer told Mike Brewer about the great Porsche cook book ‘Schnell mal Essen – Racing & Recipes’ he co-authored with Jürgen Barth, a big smile came on Mike Brewer’s face. Not only is he a big car enthusiast, he clearly appreciates great food too. 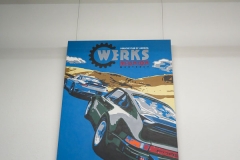 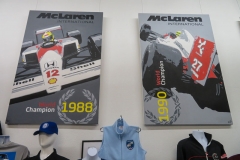 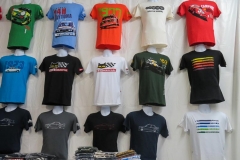 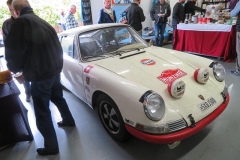 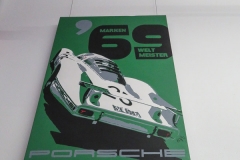 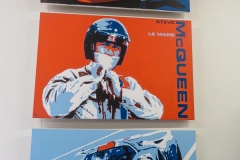 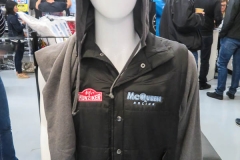 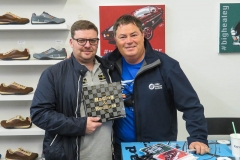 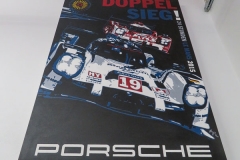 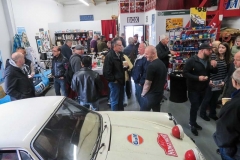 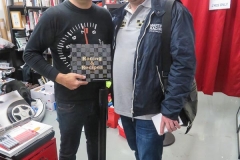 The complete book of Porsche 911